Can you spot the difference between these cycle lanes, the first in New York City, the second in London? 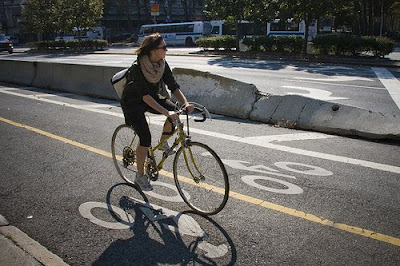 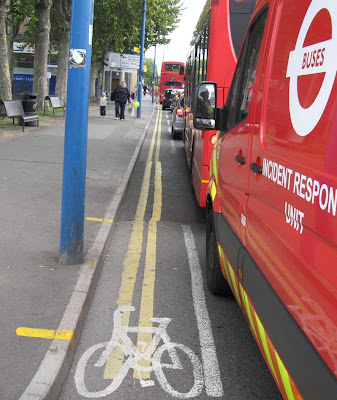 Answer: the second one (on Selborne Road E17) forms part of the acclaimed, award-winning London Borough of Waltham Forest cycle network! Whereas the first one hasn't won any prizes. That I know of.

Look more closely. In the photo above you can see that highway maintenance, which in this instance was done for the Council, has resulted in the contractors reinstating the double-yellow lines but simply not bothering to reinstate the cycle lane marking. Naturally this Council just paid the bill and nobody bothered to check that the contractors had done the work properly. But then cycle lane markings are poorly maintained all over the Borough - a very visible symbol of how little importance is attached to cycling.

(Below) There's always one idiot in a car who will drift into the cycle lane. Beyond that the lane is blocked by a bus. And beyond the bus is a T-junction with no Advanced Stop Line. Bloody marvellous. Does anyone seriously believe that this is the kind of facility which will result in a massive shift to cycling in London? 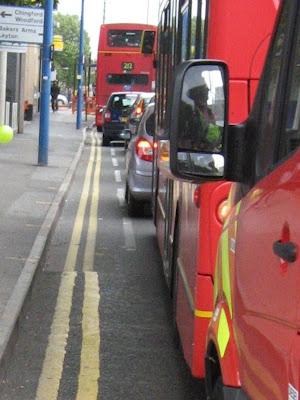 Posted by freewheeler at 11:31