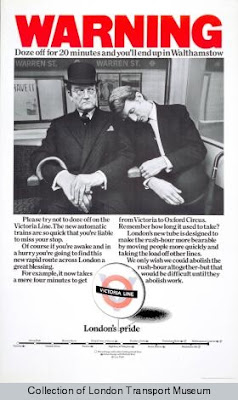 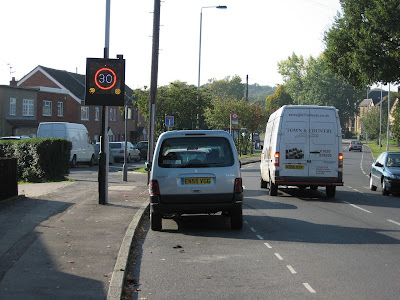 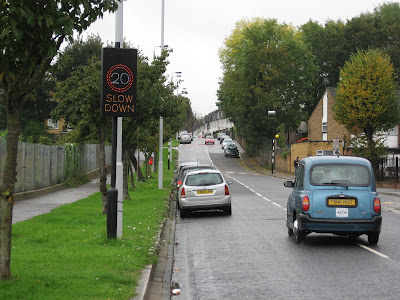 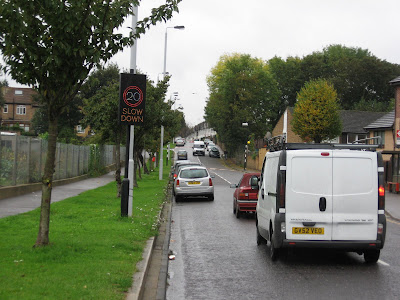 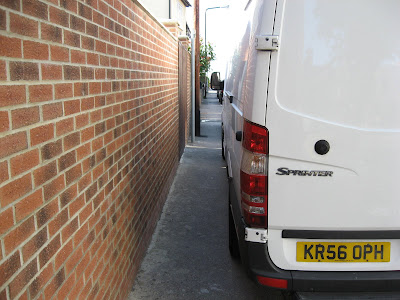 Can you spot the cycle stands?

Can you spot the two cycle stands in this photograph? They are cleverly concealed by a shopkeeper who obviously resents cyclists using them. They were like this today. They've been like this repeatedly, for months. Westbury Road E17, on the corner with the High Street. And although the Council is aware there's a problem with the regular and widespread obstruction of cycle stands by shopkeepers and market traders, it is signally failing to deal with it. 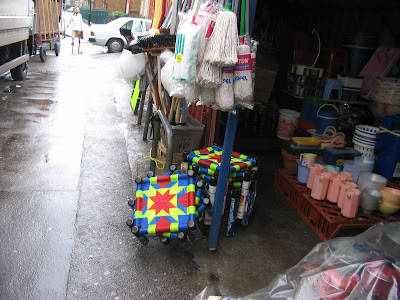 Posted by freewheeler at 17:19 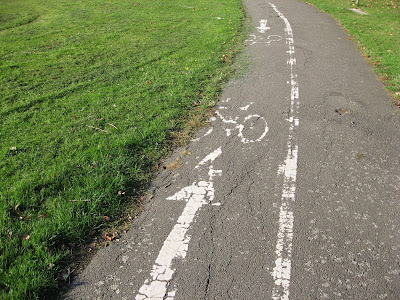 The cycle lane in Larkswood Playing Field, Chingford. Two arrows and cycle logos meet head on. Cyclists collide here - is that what it means? Naturally the markings are faded and the cycle lane surface is cracked and crumbling. And anyway no sane cyclist comes on this out-of-the-way crap cycle route anyway - if you do you get chased by fierce dogs.
Posted by freewheeler at 19:38 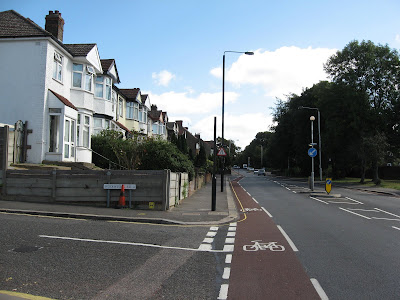 Forest Road at the junction with Woodstock Road in upper Walthamstow. See that enigmatic black pole on the corner? It used to support a solar-powered speed sign, which flashed all day long as drivers raced through this residential area at lawless speeds. A couple of years ago the sign vanished and the pole has been there ever since. You'd think someone in this crap Council would have ensured that the sign (presumably removed for maintenance or repair) was put back as soon as possible. But that's 'road safety' for you - as neglected in this Borough as everything else.
Posted by freewheeler at 09:56 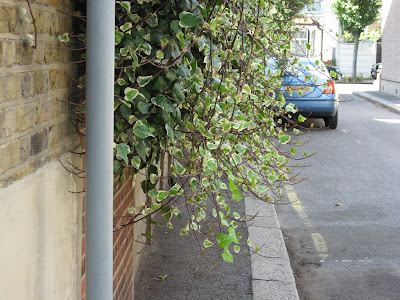 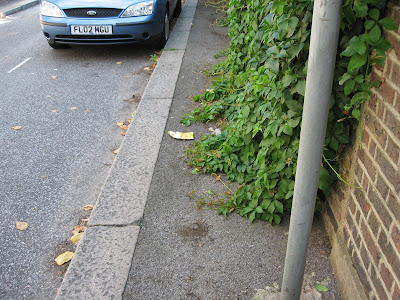 The cycle lane on the B160, Chingford. Not a good idea to leave the lane though, since the road goes downhill and motorists come belting down at 50 mph or so (yes, it is a 30 mph zone). 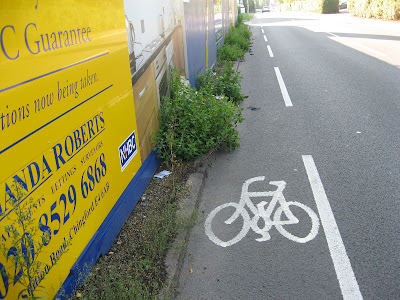 And the grisly cycle lane (on the right, below) besides Walthamstow Greyhound Stadium could do with some weeding too.

Neglect: omnipresent in the cycle lanes of the London Borough of Waltham Forest. Just like the pavements... 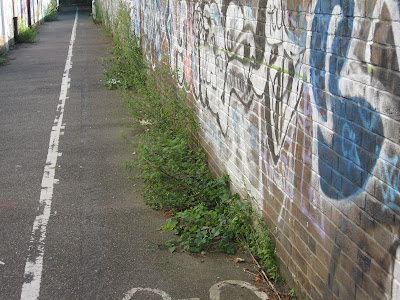 Posted by freewheeler at 17:59