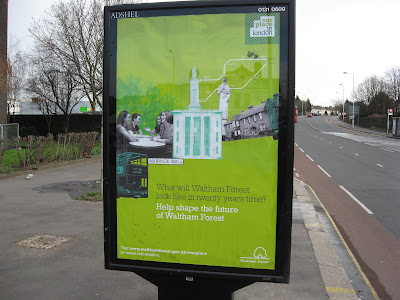 If you bother reading the Council's lavishly subsidised propaganda rag WFM or glance at those obstructive panels which the Council is fond of installing on pavements (because walking doesn't make money but advertising panels do), you may have spotted the vomit-green collage shown above. What will Waltham Forest be like in 20 years time? it asks.

My guess is (i) even crappier than it is now (ii) suffering from extreme weather patterns as a consequence of climate catastrophe - a catastrophe which in its own small way the Council is doing its bit to bring about (iii) full of grotty new high-rise developments (iv) containing within its borders four malodorous toxic-particle-spewing incinerators instead of one. Sorry, did I say incinerator? I believe the acceptable political term is eco park.

For some unexplained reason the collage features the street sign for WARWICK ROAD E17. And, yes, I've been there and it's crap. But there's certainly room to make things even worse. For example, the Council has turned the pavement into a car park but sadly not enough people have yet invested in that second or third vehicle to fill up those empty spaces. In 20 years Warwick Road will undoubtedly be solid with cars. 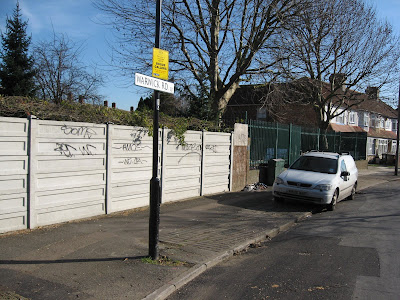 The rubbish is coming along nicely. But there is room for more: 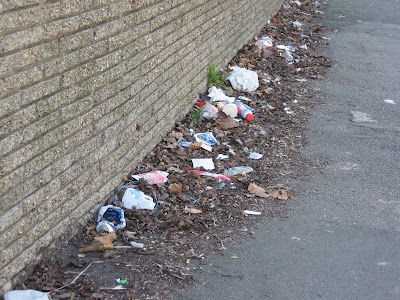 The Council has been cutting down those nasty trees! The goal is to annihilate them all. 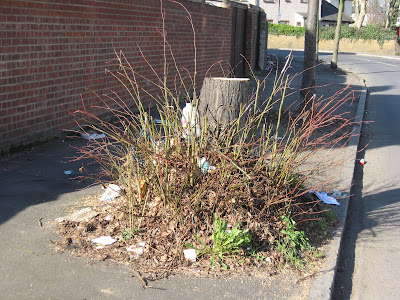 (Below) The symbol of the Borough. A graffiti spattered cable TV box, crowned with miscellaneous crap. 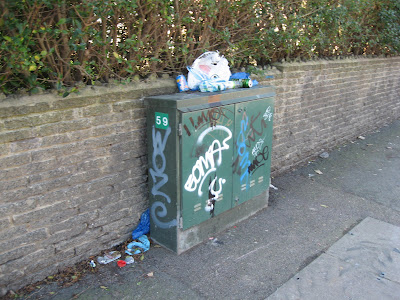 Posted by freewheeler at 08:21