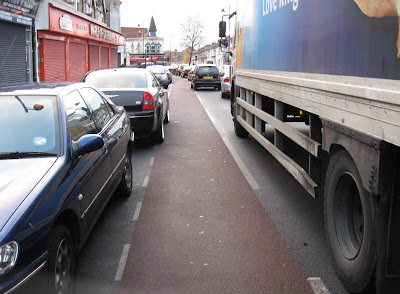 Come on in, the water’s lovely…

An internationally-acclaimed blog such as this one (we are big in Alaska) is naturally a bit reluctant to provide the oxygen of publicity to attention-seeking British fundamentalists, but I suppose I should respond to this.

I must admit at first I was surprised and a bit bemused. This blog has never had anything at all to say about Cyclenation as an organisation or its official philosophy of cycling or any of its staff or any of the cycling groups which are linked to it.

What this ‘official statement’ actually boils down to is a hissy fit by Simon Geller, who is Secretary and Communications Director of Cyclenation. In the first place this statement seems to me inappropriate for an organisation which represents itself as a professional organisation. Members of the local cycling groups which are affiliated to it can read the archives of this blog and decide for themselves whether it is fixated on Cyclenation. In over 4,000 posts the word ‘Cyclenation’ has appeared just twice. Secondly, it is a bit rich of Geller to attack this blog for its no comments policy when he himself attacks me on his own no comments blog, on the website of the Sheffield cycling campaign which allows me no right of reply, and in an ‘official statement’ on behalf of Cyclenation which also allows me no right of reply. This seems to me excessive for an individual whose name has never featured on this blog and of whose existence I was hitherto blissfully unaware.

If Richard Dawkins was invited to address a convention of Jehova’s Witnesses I suspect he’d decline, but even if he didn’t I think we can safely conclude that no minds would be changed by the experience. I therefore see no reason why this blog should be accountable to Simon Geller, though if Cyclenation wants someone to put the case for Dutch cycling infrastructure they could always try asking another vehicular cycling apostate. But if Cyclenation really wants to invigorate traditional British cycle campaigning what the organisation needs is not speakers putting the case for Dutch infrastructure but to actually hold a conference in Utrecht, or Assen, or best of all Groningen.

That this blog is getting under the skin of one or two of the gate keepers of traditional British cycle campaigning is a wondrous thing. Of all the tributes to this blog which have poured in over the past year this is the clear winner:

it's the product of embittered and twisted minds.

Thank you for that tribute. And in the same cheery spirit let this be the song with which Crap Cycling & Walking in Waltham Forest says goodbye to the old year and welcomes in the new.

Posted by freewheeler at 18:50