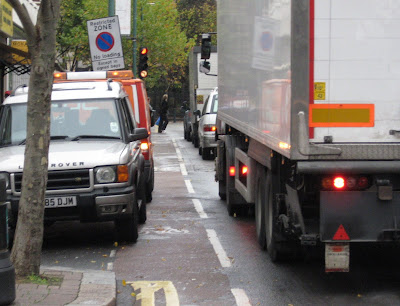 And the Crap Cycle Lane of The Year award for 2009 in the London Borough of Waltham Forest goes to... High Road Leytonstone.

The judges were particularly impressed by the design, which forces cyclists between parking bays and overtaking traffic. The bays ensure that the lane is regularly obstructed, quite lawfully, by parked vehicles. This "advisory" lane, praised by Sustrans as "cycling friendly" and meeting the stunted requirements of the London Cycling Campaign's image of a cycle-friendly street, results in cycling on this road being a hazardous and stressful experience, with cyclists using this lane constantly threatened by "dooring" or forced out by parked vehicles into the path of overtaking buses, heavy goods vehicles and speeding cars. Cyclists who choose not to use the lane can expect to find themselves hooted at and abused by drivers. Significantly, no cycle counts are ever taken on High Road Leytonstone.

"A Dutch style segregated cycle lane would be perfectly possible on High Road Leytonstone," said the judges. "But the local Council is fully committed to car dependency, and regards car parking as a much greater priority than safe and convenient cycling. High Road Leytonstone is the perfect symbol of why London is never going to become a world-class cycling city and why anyone who thinks that cycling is going to massively expand in Outer London is utterly delusional. Few cyclists want to cycle in road conditions like these. This crap cycle lane might as well be erased for all the good it does. Indeed, cycling would undoubtedly be safer without this cosmetic feature." 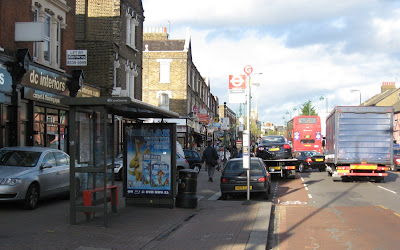 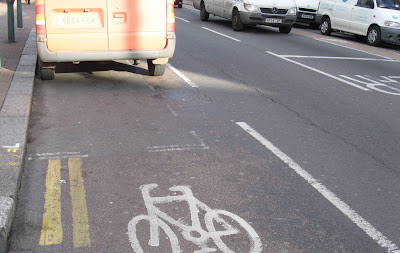 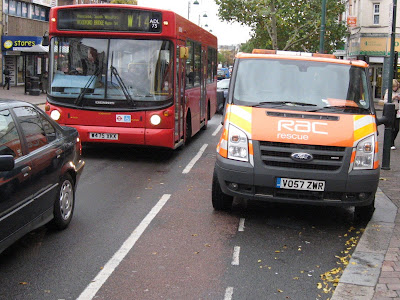 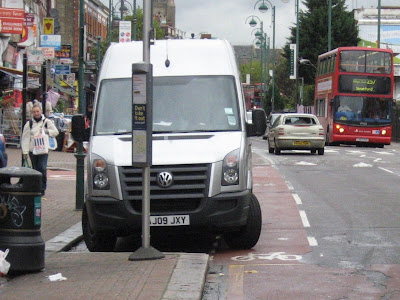