40% of public libraries in Waltham Forest have no cycle stands 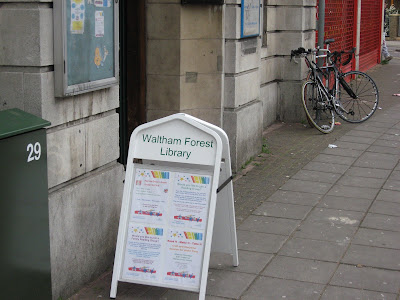 
There are eleven public libraries in the London Borough of Waltham Forest. (Whoops! - did I say eleven, I meant ten because St James Street library was abruptly shut down without warning or consultation and local residents have mounted a campaign to re-open it.)

The statistic above would be even bigger if St James Street library was included, because it had no cycle stand provision, even though there’s a very wide pavement right outside it.

Of the ten libraries in the borough, four have no cycle stands at all. They are: Lea Bridge Road library, Wood Street, Higham Hill and Harrow Green. That's an interesting statistic to reflect upon in National Bike Week. Twenty years after the great Waltham Forest GREEN CHARTER, and after all these years of having a cycling officer, the provision of cycle parking in the borough remains patchy and incoherent. Numerous other buildings owned by the Council and used by the public have no cycle parking.

In a central location in a busy shopping area Leytonstone library (below) has just three stands. All in use. 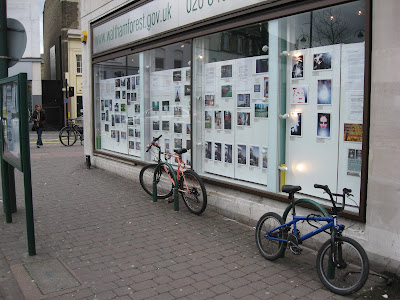