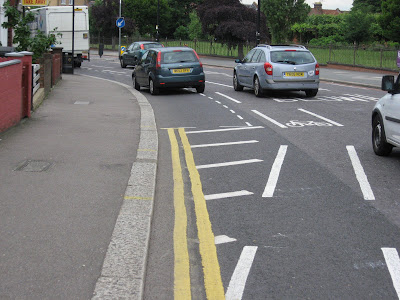 Since I first blogged last August about this crap, dangerous new cycle lane on Forest Road opposite the William Morris Gallery, the Council responded by extending the double-yellow line, so that in theory the start of the lane won’t get obstructed by parking.

It’s not much of an improvement. Drivers still belt along here at speeds in excess of 30 mph, and the bend in the road ensures that many vehicles drift into the cycle lane as a matter of course. Some of the lane has been coated in pink, but not all, which is characteristic of the widespread inconsistency of cycle facility provision. 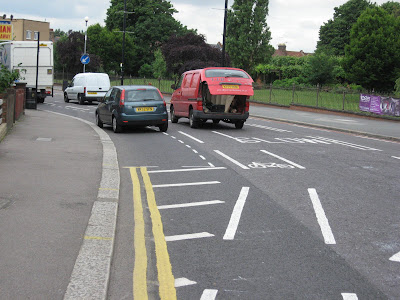 When large vehicles park in the new parking bays, cyclists get squeezed out. The crew of this refuse lorry (below) had evidently gone off for a cup of tea as they were nowhere around and the vehicle was empty.

The criticism remains. The council has put parking before cycle safety. The problem of lawless speeding continues not to be addressed. And if you get ‘doored’ here when being overtaken, you’ll probably snuff it. 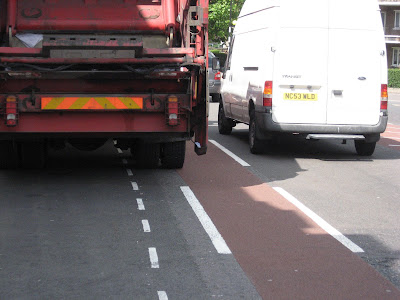