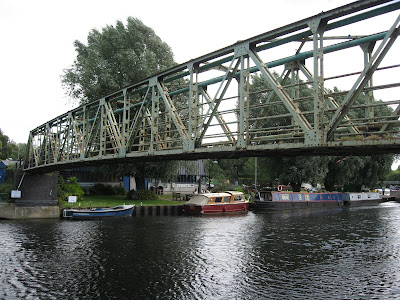 Highbridge Footbridge is a pedestrian/cycle bridge over the River Lea on the Borough boundary with Hackney. The bridge is adjacent to the Springfield Marina and is reached from a footway/cycle route that links up to Coppermill Lane. On the Hackney side of the river, the bridge leads to Spring Hill. The bridge is part of the national cycle route network.

Tonight's meeting of the Planning Committee will be invited to approve a new bridge. The current bridge was built in 1947, using paint with a high lead content. It is now rusty and in a poor state of repair. The proposal is to replace it with a bridge

It sounds alright to me, but then I don't know anything about bridges and the published Planning Committee papers don't include a plan or drawing of the proposed replacement bridge.

What bothers me is that the Council hasn't bothered to consult anyone who uses the bridge or who has an interest in cycling or walking. The only consultees were the London Borough of Hackney, British Waterways, the Environment Agency and the Lee Valley Regional Park Authority. Not one of them bothered to respond. 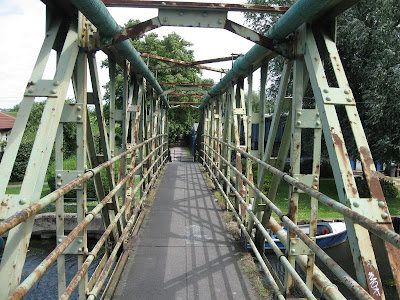 Posted by freewheeler at 07:35