I can't stand these anti-social yobs who park on pavements or in cycle lanes. They show no consideration for pedestrians or the safety of cyclists.

And who is this offender - why, it's the anti-social behaviour video surveillance unit, 'working in partnership with the police'. Hoe Street E17, last Thursday.

Well I hope the man inside filmed himelf. And also the bullion van in the background, which had unlawfully driven over the pavement and parked close to the doors of the HSBC bank on Hoe Street. These vans are not exempt from traffic law, though their drivers seem to think they can behave as they please. 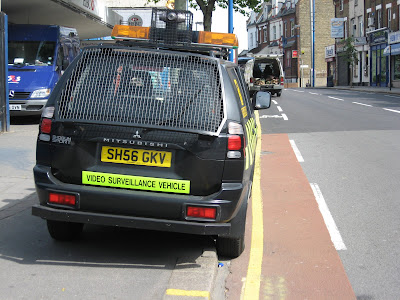 (Above) A cyclist would have to pull out to avoid hitting that wing mirror.

(Below) More yobbish anti-social behaviour, in the cycle lane and on the pavement on Selborne Road E17. The offender is believed to belong to a local gang run by a shadowy figure known as "Commander Benbow". 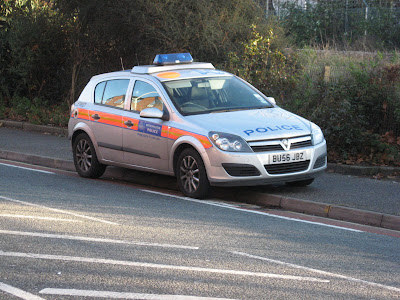 Posted by freewheeler at 08:13