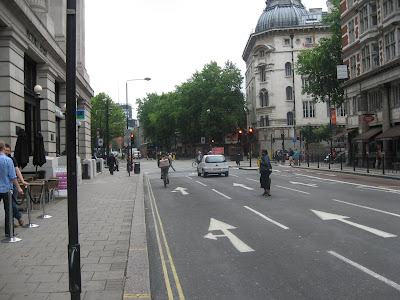 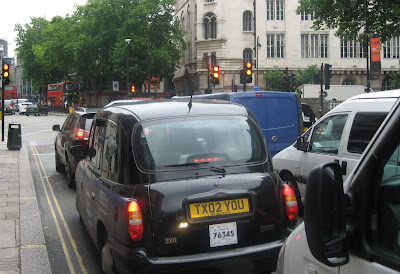 Vernon Place, eastbound. Three lanes wide at the junction with Southampton Row. Absurdly, the third ‘fast lane’ can legitimately be used for drivers going straight ahead as well as making a right turn. This generates conflict with right-turning cyclists, especially those unable to get into the fast lane because of speeding traffic or obstruction of the Advanced Stop Line (ASL).

Spot the cyclist in the second photo. You can’t, though there is one present here in this three-lane-wide wedge of packed motor vehicles

Vernon Place (London WC1) is a junction where two women cyclists have been killed in recent years, one in 2008 by a left-turning lorry, another in 2009 by a right-turning bus. I blogged about the last fatality here and there was more commentary by Olaf Storbeck here.

(Below) I photographed the ASL after the lights had gone to red and waited to see if any drivers would flout it. 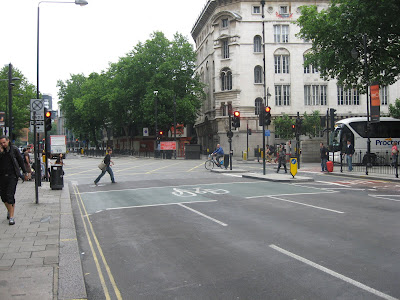 (Below) By a strange quirk of fate the first vehicle which came along was a number 98 bus – the same service which killed Dorothy Elder. The light had been red for some time before this bus arrived, and the driver had no excuse at all for doing what he did, which was to wilfully and deliberately drive into the ASL reservoir for cyclists. 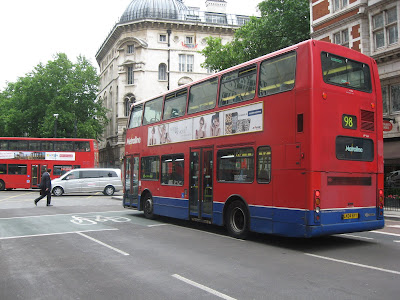 (Below) While he was waiting at the lights the driver of this bus switched his attention from driving to reading some papers in his cab. My photo captures the moment that the lights change, with the driver still staring down at whatever he was reading, oblivious to what was going on around him. He didn’t even notice me taking photographs of him. In other words, Metroline drivers of number 98 buses are still driving in a criminal and reckless way at a site where one of this company’s drivers killed a cyclist.

Olaf Storbeck also wrote about the death of cyclist Jayne Helliwell, killed nearby by a bus driver on Oxford Street remarking I urge Metroline and TfL to take responsibility for Jayne’s death. Fat chance, I’m afraid. 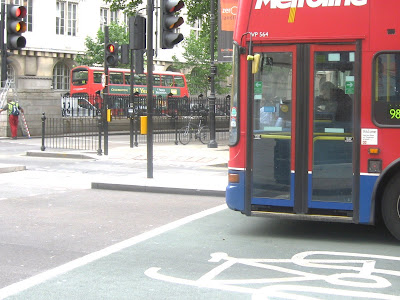 Ironically, the next sight I observed was a number 8 bus in the fast lane coming into conflict with a right-turning cyclist (below). The number 8 bus was going straight ahead. The right-turning cyclist had evidently not had the confidence to get over to the right when approaching the junction. This was potentially another fatal collision scenario. However, it happened in broad daylight (whereas the two fatalities occurred here during the hours of darkness) and the bus driver was attentive to the cyclist’s manoeuvre, and braked to allow the cyclist to pass in front. This episode simply underlines what a catastrophically dangerous junction this is for cyclists. The only safe solution here is to separate cyclists from motor vehicles on all four arms of the junction – segregation is perfectly viable in terms of available road space – and to give cyclists a dedicated all green phase. Needless to say TfL isn’t thinking in such terms; sadly, neither are many cycling campaigners, who prefer to focus on confidence building and cycle training, conspicuity, and changing driver behaviour through education, enforcement or new legislation. 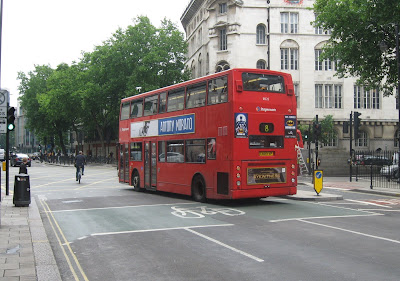 Posted by Freewheeler at 15:35