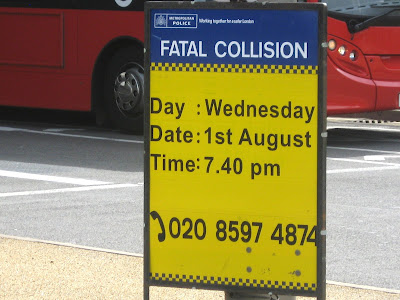 Reach for a sick bag, dear reader, because you’ll need one when you read Transport for London’s response to the latest killing of a cyclist, who died a hideous and violent death as a consequence of its “smoother traffic flow” agenda.

The best memorial poor Daniel Harris could have is a complete re-design of the junction where he died. The LCC warned of the dangers long ago and was disregarded.

The bicycle campaign [London Cycling Campaign], whose group represents about 11,000 riders across the city, said in a statement that the scene of Harris' death is "a location that we've been warning the Olympic authorities about for years."

"This crash confirms our worst fears," the group said. The intersection, Cavenett said, is a "confusing" mixing bowl that funnels traffic in six directions near a restricted bus and car entry to the Olympic Park complex.

Transport for London said it was addressing the campaign's concerns and announced at least six signs would be installed along the approach to the junction, warning cyclists and pedestrians of the potential traffic hazards. 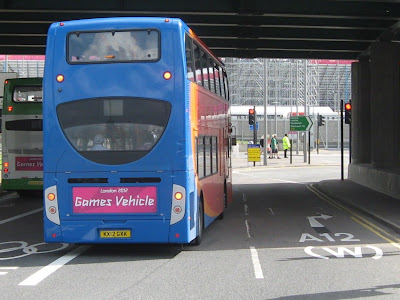