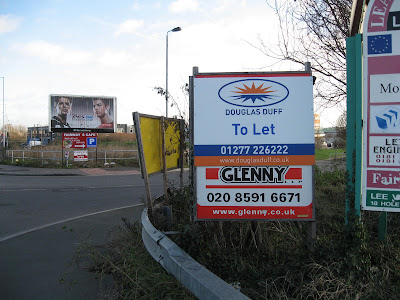 Lots of signs. But not the one that matters.

Let's go for a stroll along public footpath 130, which runs from Lea Bridge Road (at the junction with Lammas Road E10, shown above) to the crossing to Marsh Lane. Neither the London Borough of Waltham Forest nor the Lee Valley Park Regional Authority (LVPRA) have any interest in this footpath and both have made every effort to discourage members of the public from discovering it or using it. The LVRPA has however put up a sign giving the car park opening times here. Walking is regarded with indifference but car parking is taken very, very seriously. 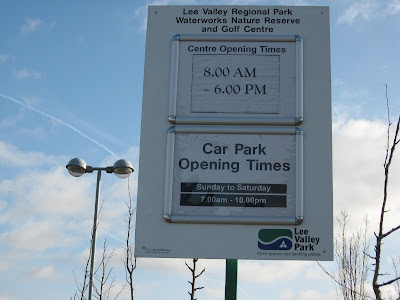 There is some tactile paving at the entrance to the footpath, but as you can see the Council has allowed it to become overgrown. 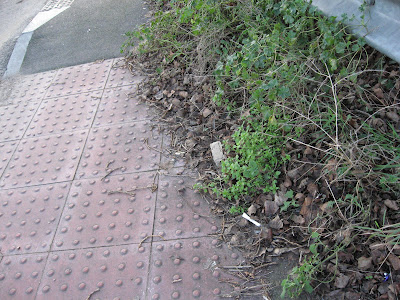 Having guided blind people on to the footpath look where it leads. (below) Brilliant! Well done Waltham Forest! 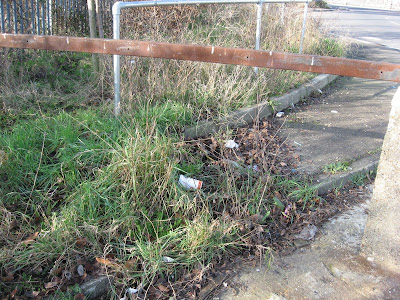 Continue on to this point, where the LVRPA has unlawfully placed a gate across the line of the footpath. It's a blatant breach of planning law but don't expect the Council to do anything about it. The Council has a very cosy relationship with LVRPA. 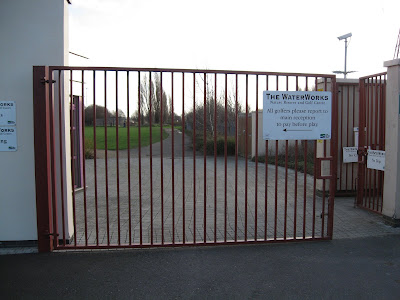 Beyond the gate the footpath has been churned to a pulp by LVRPA vehicles, cleverly deterring people from using it. Time to remember that the Countryside and Rights of Way Act 2000 puts a legal obligation on the Council to assess "the accessibility of rights of way to blind and partially sighted people and others with mobility proboems". Well as far as this public footpath is concerned the response to such users is clearly: get lost. 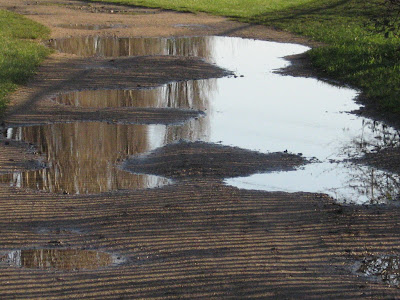 Continue a little further and you come to this (below). The Council's consultation document on rights of way states on p. 13 "one response was received from a mobility scooter user who commented on surface levels."

The document is naturally reticent about what that comment was but I have a suspicion it was an adverse one. 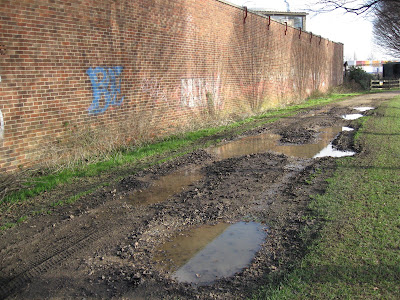