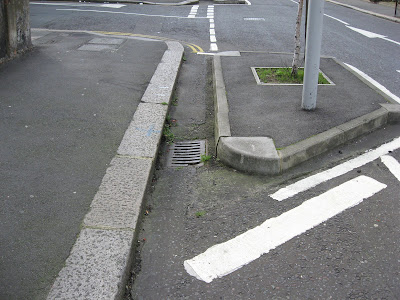 This is the theory (above). In order to slow traffic down you build chicanes, narrowing the carriageway to a single lane and forcing oncoming traffic to slow down and take its turn. And so as not to inconvenience cyclists or put them at risk by forcing them through the gap you provide narrow lanes to allow a cyclist to by-pass the chicane.

And this is the reality (below). 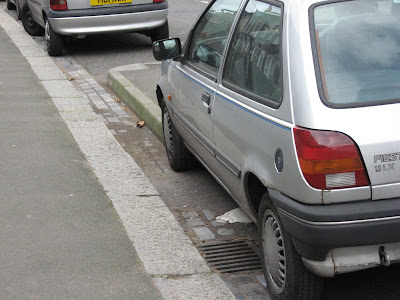 So what's the flaw? That's an easy one to answer. The cycle lanes require double-yellow line 'no waiting at any time' restrictions at the entrances and exits. Otherwise wherever there is a demand for parking, cars will block the cycling facility. 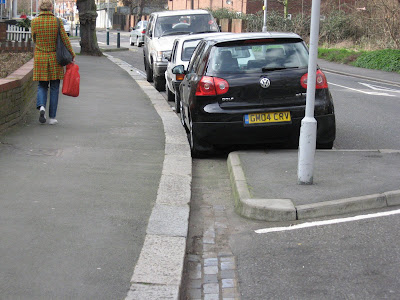 All these photographs were taken on Harrow Road E11. It's not a pleasant road to cycle on. The traffic goes very fast (even with chicanes) and comes unnervingly close. By failing to protect the accessibility of the cycle lanes all the Council has done is increase road danger for cyclists by forcing them into conflict with oncoming motor vehicles or overtaking motor vehicles at those points where the chicanes narrow the carriageway.

And some drivers have no problem crashing into stationary objects. This bollard on Harrow Road has been hit, repaired, then hit again. 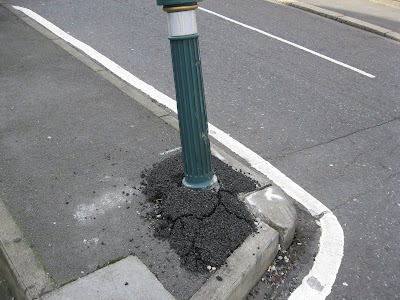 But in some places the cycle lanes aren't obstructed by parked cars. 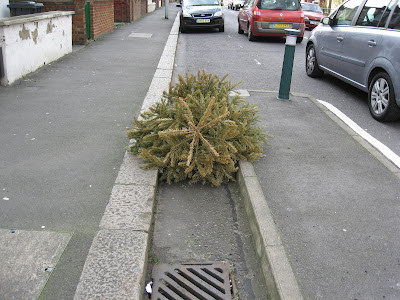 Posted by freewheeler at 10:22