It's the Green Fair! 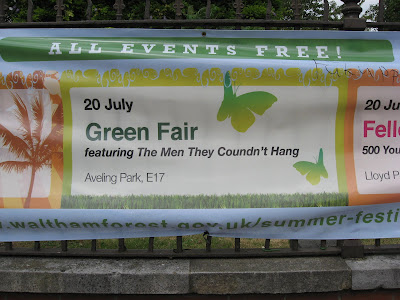 This afternoon I went to the Council's Green Fair in Lloyd Park, home of the William Morris Gallery. (Judging by the poster above the council seems to think its name is Aveling Park, which is weird. I've checked with my Atlas of London, which identifies the park as Lloyd Park, which is what I've always known it by.)

I was enormously impressed to see how the Mayor had arrived at this event (see below).

I picked up lots of leaflets, including a copy of the 'Transport Quiz'. Strangely the Quiz didn't ask how many cyclists had been run down and killed outside the venue in the past year (one), how many speed cameras there are at this point (none), how many libraries in the borough lack cycle parking (40 per cent), or how many cycle stands there are in Walthamstow Village, where all the good pubs and restaurants are (none).

And right next to the poster shown above are cycles locked to the railings (below), because Lloyd Park and the William Morris Gallery have car parking but not a single cycle stand. That's how 'green' this crap council is. 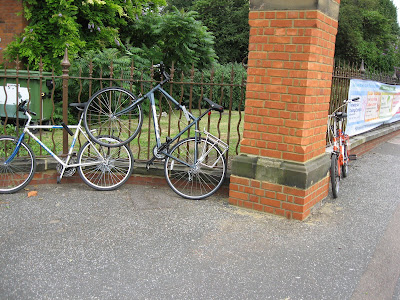 Ample car parking (below). Parked cars do so enhance the entrance to the William Morris Gallery, do they not? 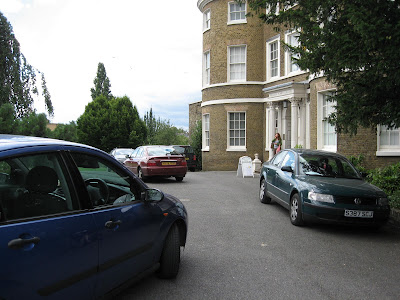 No cycle parking inside the park. So everywhere people had to use railings to lock their bikes: 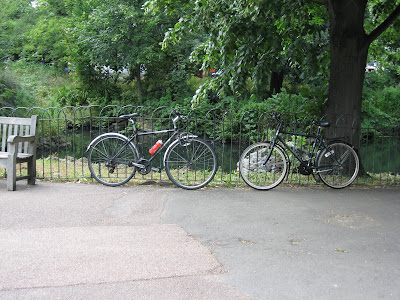 And this is how the Mayor got to the Green Fair (below). Which sums up the ethos of this event. She was too lazy even to park outside the William Morris Gallery and walk the rest of the way. 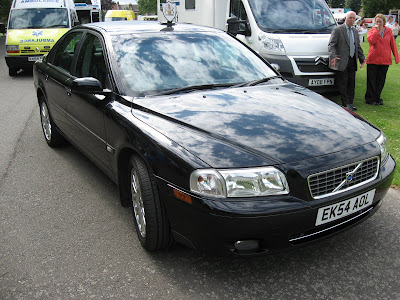 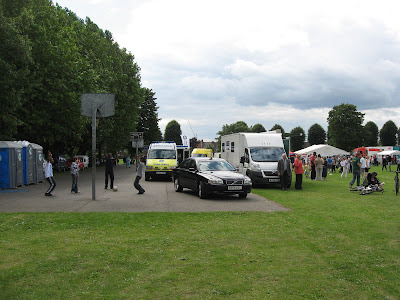 I picked up a copy of The Waltham Forest Road Safety Guide 2007/8, which "is proudly sponsored by Renault". Yes, Renault, the firm that sponsors the High Speed Renault Festival and manufactures killing machines like the Renault Laguna, which has a top speed of 145 mph and the Renault Megane RenaultSport 225, with a top speed a shade under 150mph. By any measure you care to apply, this is a very quick car.

Modesty: not a virtue of this crap council(below). 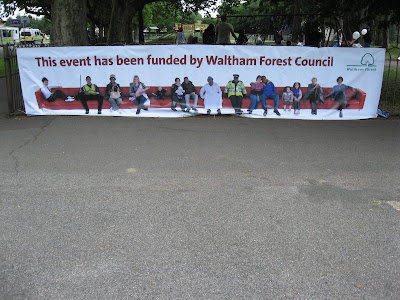 The Friends of the William Morris Gallery were refused a stall at the Green Fair because of their criticisms of this crap council. So this Friend was perambulating with campaign badges and other Morris goodies: 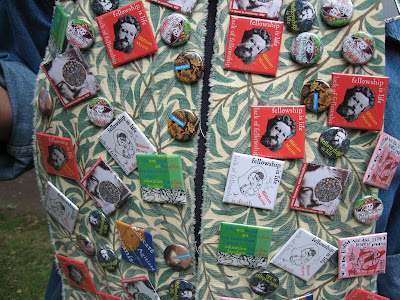 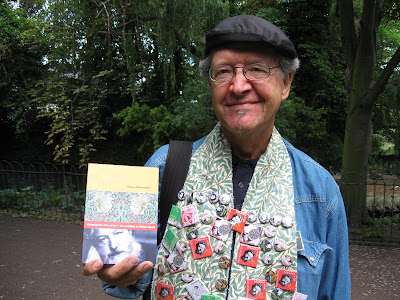 Hot from the press: a new, beautifully produced, illustrated paperback about Morris's politics, Crossing the ‘river of fire’. 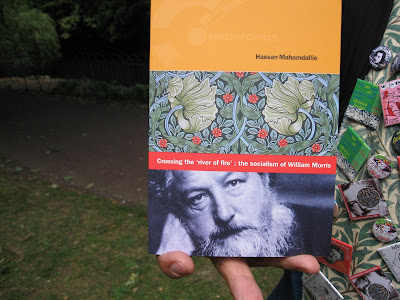 This crap council may not understand the first thing about the environment or William Morris but the spirit of Morris was present. This head is made out newspaper. Cool 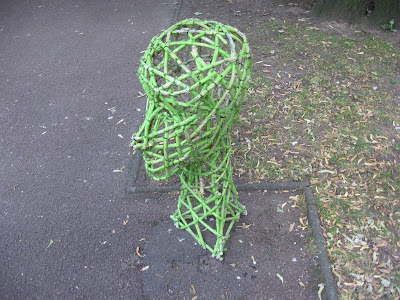 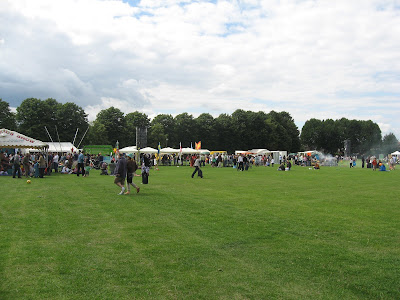 Was the Green Fair a success? There was music from numerous stages, lots of information tents, plenty of entertainment for children, food, a bar, and all kinds of stalls. It was a fun afternoon out and I don't doubt people had a good time. But what did it have to do with climate catastrophe or the kind of changes our society needs to make to break with car dependency?

Lots of nice people gave me leaflets about why I need to cycle and walk. I ended up with 54 (below). Is that good for the environment? Of course it is - I shall dump most of them in my crap council crap recycling bin which is too small and doesn't have a lid. 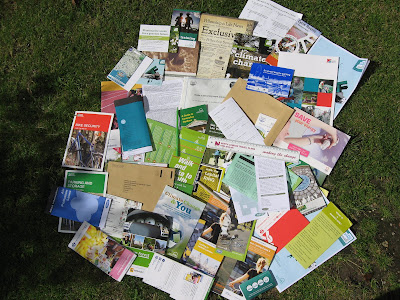 Posted by freewheeler at 18:44