Cycling along Gainsborough Road today I came across the aftermath of a crash. A vehicle (perhaps a rather large vehicle) travelling at some speed has ploughed into the railings at the four-way junction with Lemna Road E11 and the road to the Tesco car park. Two large sections of twisted railing have been thrown into the bushes outside Tesco. There is extensive damage to the footway where the railings have been ripped out.

There is no report of a crash on the website of the local paper. Judging by the damage to the railings this was an injury crash. If it wasn't, then this will never appear in the 2008 list of official road crashes. To get a true picture of the mayhem on our roads you need to look at insurance company statistics for crashes, which include non-injury crashes.

This junction has traffic lights. Perhaps someone was jumping the lights. Judging by the damage, excessive speed was a factor. If any other information emerges I'll update this post. 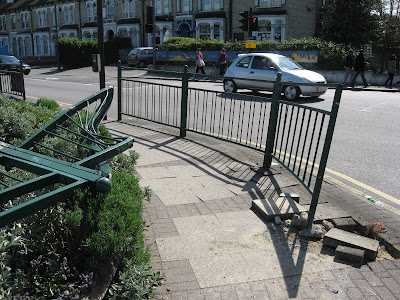 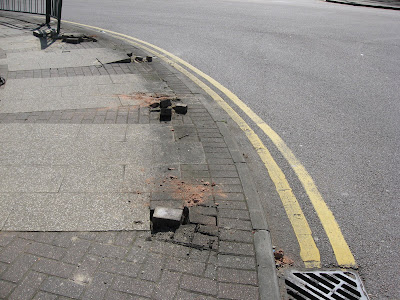 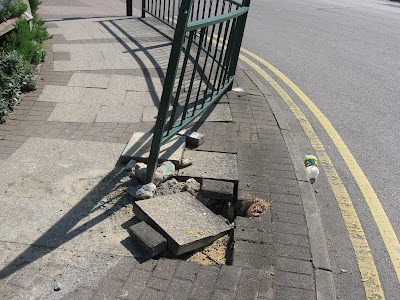 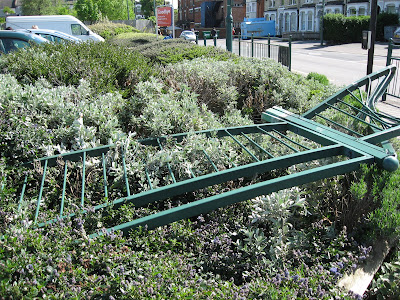 Posted by freewheeler at 17:43