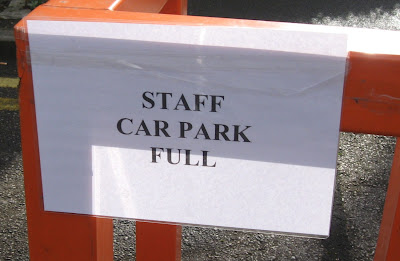 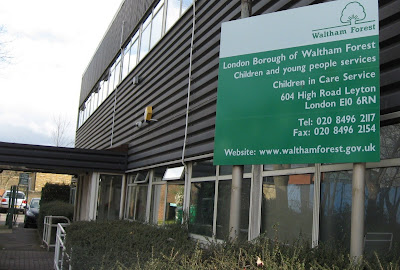 The reasons for the very low rate of cycling in Outer London aren’t simply a matter of the barriers to cycling. They are also connected to the attractiveness of car travel. Part of that attraction is perceived low cost. Free workplace parking makes car use for short journeys very attractive. If, in addition, your use of a car for work purposes is regarded as ‘essential’ and you are financially rewarded for using a car, why on earth would you want to cycle? After all, Transport for London’s ‘Network Assurance’ traffic modelling is all about ‘smoothing traffic flow’ at the expense of safe and convenient cycling and walking.

The local paper is on to the Council about its ‘grey fleet’ profligacy. The Council still refuses to admit how much it has been spending on subsidising staff using their private cars. Simply switching Waltham Forest mileage allowances to the standard rates allowed by the Inland Revenue will save the borough half a million pounds, which is remarkable when it now emerges that in the London Borough of Havering during the 2009/10 financial year the total paid out to 'grey fleet' council staff was £380,600. So it seems entirely possible that Waltham Forest council officers have been rewarding themselves for their car use by well over £1 million a year – perhaps even as much as £3 million. We really won’t know until the officers can be forced to disgorge the figures, which at present they appear very reluctant to do.

The case for the ‘grey fleet’ was put by one commenter on the local paper website:

I have regular dealings with a number of council officers who are run off their feet with the amount of work they are having to do because staff have already been cut. Many of them have several appointments at all four corners of the borough virtually every day.

I believe it would be totally impractical for them to keep appointments using public transport and, as for cycling, they are not all super-fit people capable of all that cycling every day.

Is it really the case that council officers are engaged in this kind of urgent travel? I have my doubts. Let’s have some transparency – who is using their cars, where, for what purpose, how often.

The London Borough of Waltham Forest is a relatively compact neighbourhood, some 6 miles from north to south, and 3½ miles from east to west, roughly oblong-shaped. But those figures are misleading in so far as tracts of the borough are woodland, parkland and a tranche of the Lea Valley. The urban areas where council offices are located are concentrated in a much smaller area than might be indicated by the borough boundaries.

Gerhard Weiss of the Waltham Forest Cycling Campaign is not convinced:

This sums up everything that’s wrong about Waltham Forest Council and cycling. Its own officers responsible for highways matters prefer to drive the ridiculously short distance from their offices on South Access Road to the Town Hall – a distance of about a mile and a half – to discuss cycling matters with local activists. And their fossil fuel addiction is subsidised as ‘essential car use’.

One recent cycling employee of Waltham Forest Council is less than pleased to learn about the existence of the ‘grey fleet’ subsidy. Step forward local blogger Julian Beere:

I have worked for the Community Learning and Skills Service (LBWF) and so I can give an (ex)employee's response. I worked part-time on a sessional basis at several of the service's learning centres and used my bike to commute. One of the centres, Chestnut House, has no proper facility for securing bicycles. Indeed (cycling) staff and learners used to lock bicycles to a fire escape.

At another centre, Friday Hill House, there was no cycle stand either. I used to lock my bike to a drain pipe close to the car park at the side. I worried that it did not seem too challenging an opportunity for a cycle thief to engage with and so I imagine other cyclists might have been effectively discouraged.

I cycled to and from there (and other centres) frequently heavily loaded with tools and materials for group arts and crafts activities. I did not mind doing this; the point I am getting to is that at no time was this contribution to the service recognised and encouraged let alone 'rewarded'.

I have put in some very specific Freedom of Information requests to the council about its ‘grey fleet’.

To be continued…
Posted by freewheeler at 11:11