Cycling on the footway: Walthamstow, York, and Waterloo Bridge 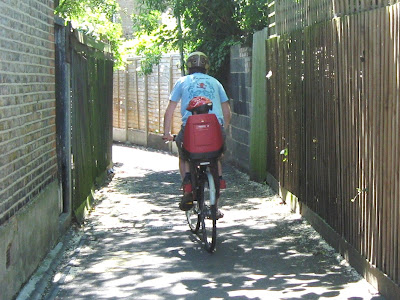 The above photo shows a typical pavement assassin. This father and son are dressed for battle and plainly determined to terrify pedestrians by plunging down alleyways like Beulah Path E17.

There is no excuse for this kind of behaviour in a borough which has over forty miles of family-friendly cycling infrastructure, ranging from 'quiet routes' to prize-winning cycle lanes like this. 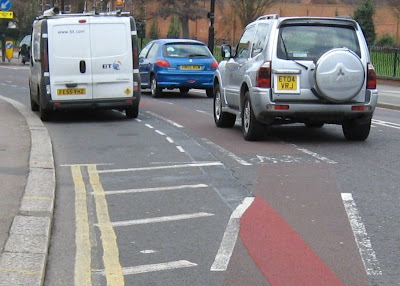 And now a scene from York. A teenager cycling on the pavement speeds past some cars before rejoining the road at the ASL. (Micklegate at the junction with Nunnery Lane.) 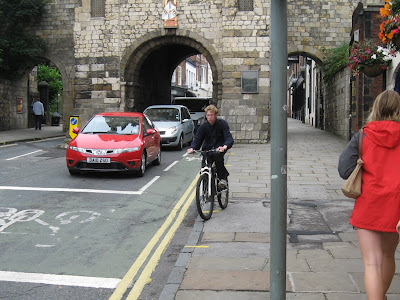 Why did the teenager ride on the footway? Because he wanted to get to the other side. That’s to say the traffic waiting at the lights backed-up through this archway under the city wall (i.e. Micklegate Bar), preventing him from accessing the cycle lane leading to the cycling reservoir (ASL).

York city council could of course make it unlawful for queuing vehicles to wait under the archway but that would be War on the Motorist. There must be Balance and Consideration for All Road Users within the primary framework of Smoothing Traffc Flow. A cycle lane must always be subordinate to the greater interest of drivers, even in a 'cycling city'. 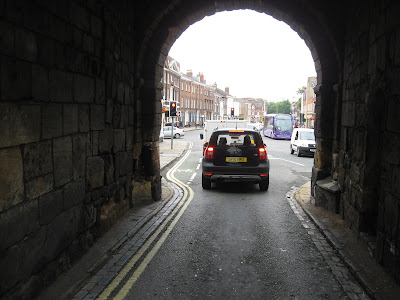 This driver (below) has thoughtfully tried to leave a little extra space for cyclists under the arch by moving forwards. 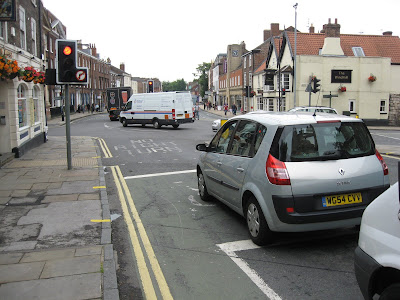 Cycling on the footway is not something to be taken lightly. Each years billions of British people report how they were 'amost killed' by a cyclist riding past them on the pavement. And it's true.

Here is a rare action shot of two women who were confronted by a cyclist mounting the pavement on Waterloo Bridge and who almost died. Of laughter. 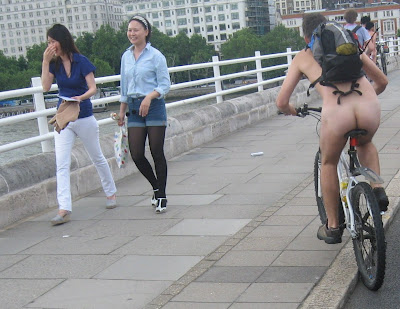 Posted by freewheeler at 16:33