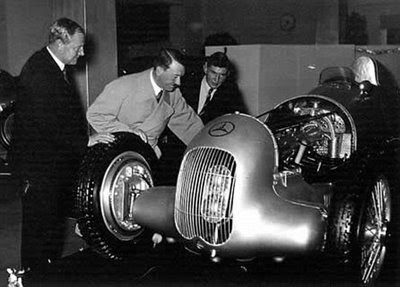 Speaking before reports of security forces opening fire again on protestors in the capital Manama on Friday, Ecclestone said: "Our people there say: 'It's quiet, no problems'.

"I'm more hopeful today. I hope we don't have to do anything. Let's hope this all blows away. In these parts there's always been skirmishes. Perhaps it's a bit more than that."

The Bahrain Grand Prix has been called off because of anti-government protests in the Gulf kingdom.

"The Crown Prince has a lot of things under consideration at the moment, a lot of decisions and discussions - not just around Formula 1," said Brundle.

It’s a shame when fast car fun is spoiled innit.

The other worry is will this unrest also affect exports.
Posted by freewheeler at 10:03