If you cycle north along the Orient Way cycle path in Leyton you will come to this sign, which directs you to Marsh Lane. A useful route into urban Leyton, although naturally the sign doesn't bother with time-wasting stuff like destinations or mileage. 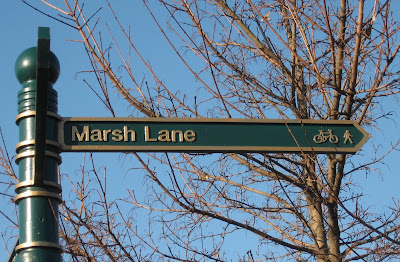 However, if you are a funny Dutch cyclist this sign should be ignored. I am talking about people like this, who seem to be quite unashamed to be transporting their children in tubs. (I expect it’s the drugs.) Can't these people afford People Carriers like any normal British 'school run' parent? 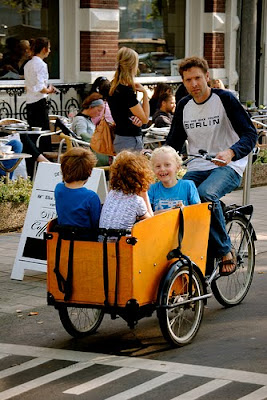 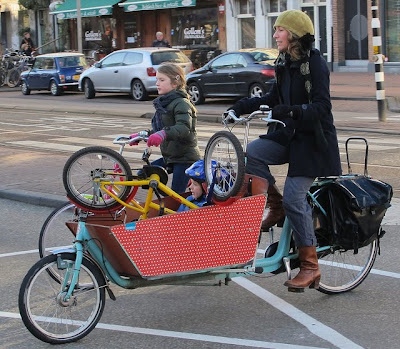 Sadly, there are even a few Brits who have been flirting with unnatural bicycles (this, for example. Or this).

Here in the London Borough of Waltham Forest special barriers have been designed to prevent the use of funny bicycles on cycle routes like Marsh Lane.

Even normal cyclists have to stop and get off their machines. 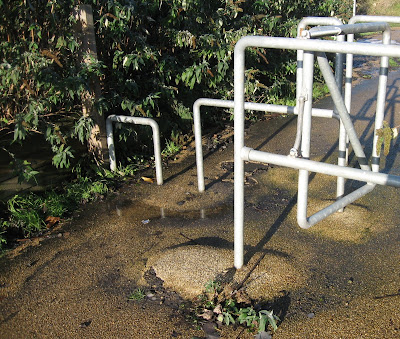 For people with prams or buggies there is a special gate and an amusing 180 degree turn in a contraption resembling something a ruddy-faced farmer would use to guide sheep into the shearing pen. And let’s face it, a slap in the face with a branch is just what the average pampered modern child needs. 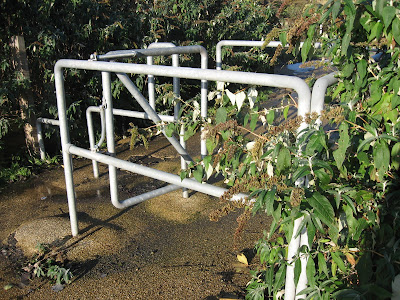 The uneven, lumpy surface has a permanent rivulet of water, lots of slime and various other crap designed to ensure that cycling is restricted to real men on mountain bikes. 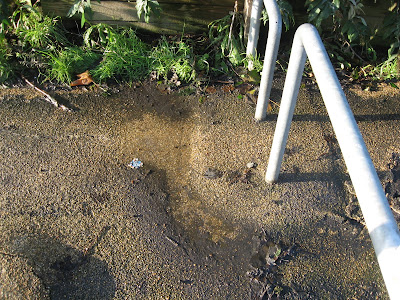