Another fatal car smash at The Bell corner, this morning 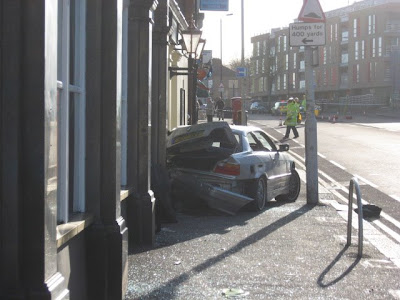 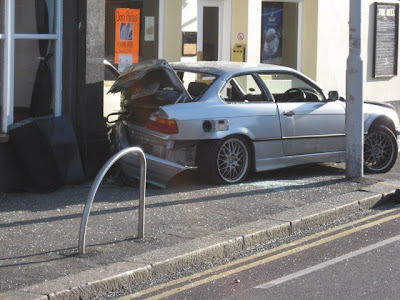 Yet another fatality at The Bell corner, where Forest Road (A503) meets the A112. Details are sketchy but it appears to have been a single vehicle only crash, evidently the result of the driver 'losing control' of a high-powered BMW while exceeding the speed limit. This death occurs just yards from where a young man died in the wreckage of his car after 'losing control' at high speed and crashing into the traffic lights at The Bell, and just yards from where a child crossing Forest Road was run down and killed by a hit and run driver, as well as a short distance from where a young mother was killed crossing Forest Road, and from the site of the hit and run killing of a cyclist two years ago.

The Bell corner is a site where drivers jump the lights all day long, abuse the Advanced Stop Line for cyclists, and cut across the pedestrian lights when they are at green. It needs a thorough redesign with speed cameras and cameras to catch red light jumpers, but local residents have been saying this for years and still nothing is done.

To be fair to the Council, their powers over this site are limited, as it's Transport for London (TfL) who control A roads like Forest Road. TfL's priority is to maintain traffic flow, which is why no right-turn phase has ever been supplied for traffic wanting to turn right off Hoe Street on to Forest Road (in the Town Hall direction). The result is that drivers are held up by red-light jumpers and by the time they are free to move off the lights have turned to green for pedestrians. For cyclists, the Advanced Stop Lines are usually filled with vehicles and the KEEP CLEAR area at the junction with Howard Road is often blocked. This junction is a shambles for every sort of road user. However, these design failings are unlikely to have had anything to do with this particular crash, which was evidently the result of the driver exceeding the speed limit and 'losing control'.

More information about this crash here. 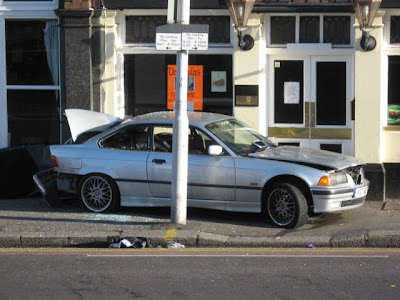 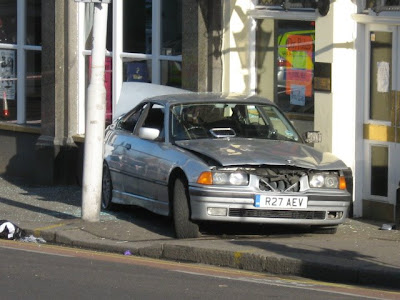 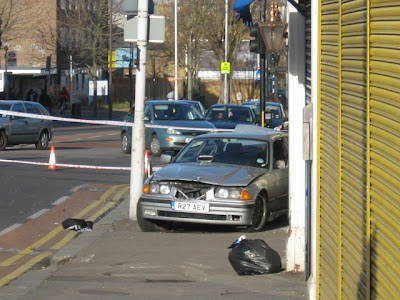 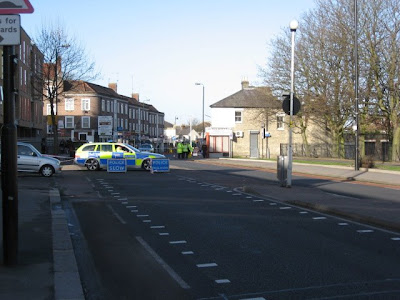 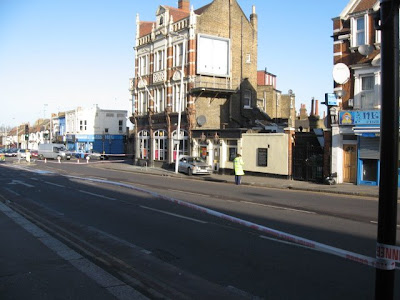 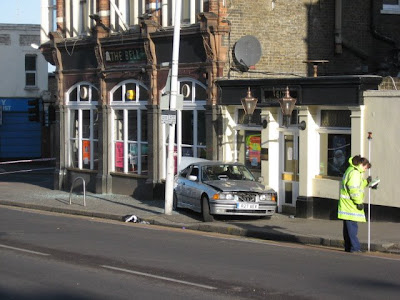 (Below) Was drink involved? Across the road from the crash site is this advertising panel promoting the pleasures of a pint of Young's. 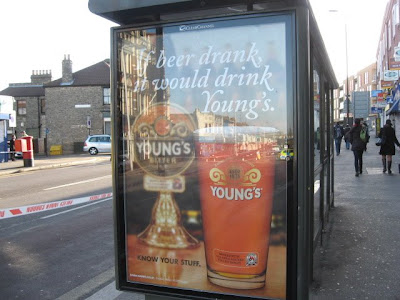 Posted by freewheeler at 09:04