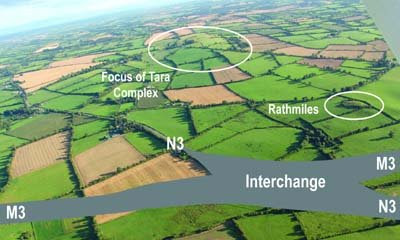 A central assumption of the 2006 Stern Report was global temperatures would rise by between 2C and 3C over the current century if nothing was done to counter global warming. Stern also mentioned the possibility of a 4C rise.

Yesterday, Stern said 4C, 5C, 6C and even 7C degree rises were a real possibility by the end of the 21st century, taking the world into new territory - agriculture would be destroyed and life impossible in many areas.

So what better time for the Irish government to promote car dependency and fossil fuel addiction by building a massive motorway development through an area of outstanding natural beauty rich in archeological sites, as outlined here and here.
Posted by freewheeler at 09:39