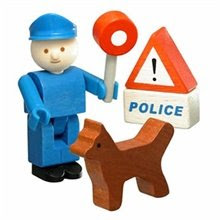 Motorists using the main road network across Kent are being asked how it should be policed. Kent Police are seeking to find out what drivers are worried about when using motorways and trunk roads.

That's what it says on ITN Teletext local news this morning. I can't find any on-line links. It strikes me as being yet another example of the car supremacist prejudice which goes to the core of British policing and its indulgence of drivers - while being simultaneously hostile to the interests of cyclists and pedestrians.

Kent Police, remember, devoted massive resources to their policing of the Climate Camp protest last summer. Such resources are never marshalled against the most violent and lawless group in society, namely motorists.

The report found protesters were threatened with arrest after invoking their right to not to disclose personal details. They were also subjected to repeated searches, and police seized more than 2,000 items, including a clown outfit, cycle helmets, tent pegs and board games. The confiscation of the camp's supply of soap was justified by police "because protesters might use it to make themselves slippery and evade the grip of police", the report says.

Don't forget to visit the Kent Police souvenir shop. Residents of Waltham Forest who look in the bottom left corner of the website will be amused to see who is supplying sponsorship.
Posted by freewheeler at 11:14