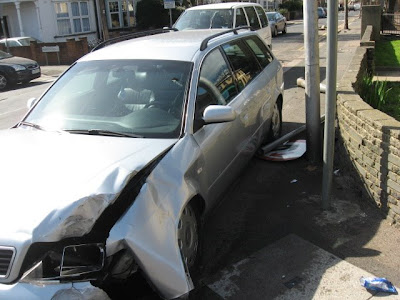 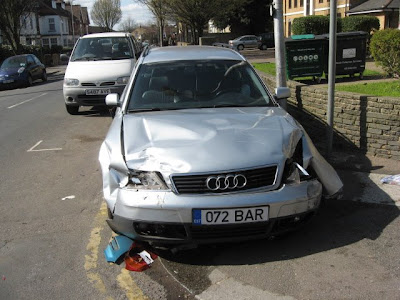 This crash probably happened last night or in the early hours of this morning. How did this crash occur? It appears that the driver of the Audi, which is a left hand drive vehicle with an Estonian number plate, somehow managed to drive into the traffic sign on the chicane on Grove Road E17 (between Eden Road and Beulah Road). The car ripped the sign from its foundations, continued past the chicane, and the driver then swerved left and careered on to the pavement, finally coming to a stop on the corner with Beulah Road. It seems to have hit another car, which may or may not have been parked. I wonder if the emergency services were involved and if the driver, assuming that he or she stayed on the scene, was breath-tested?

The white vehicle behind the Audi was plainly not there when the crash occurred and was presumably parked there this morning.

If no one was injured, and it may well be the case that no one was, this crash will not appear in the 'road accident' statistics for 2009, and anyone who argues that Grove Road is a very dangerous road for cyclists and pedestrians will be told there is no statistical evidence of this.

Grove Road is supposed to be a 20 mph zone, and the site of this crash also forms part of one of those legendary 'quiet routes' for cyclists which the Council and the London Cycling Campaign are so fond of. If any cyclists or pedestrians had been passing at the time of the crash they might well now be dead or seriously injured. 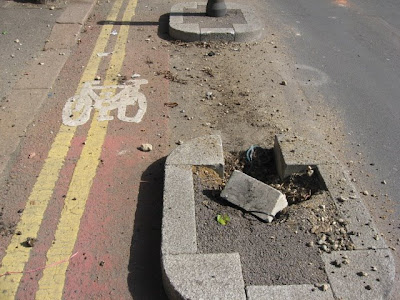 (Below) Two traffic signs, including the remains of the 20 mph speed sign. 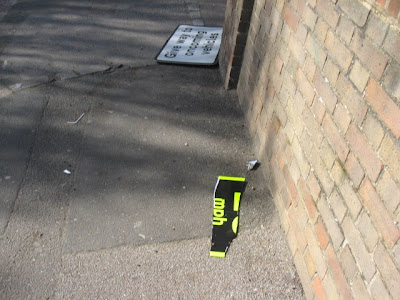 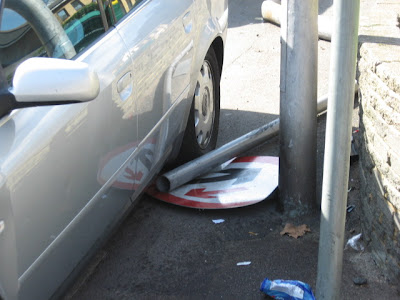 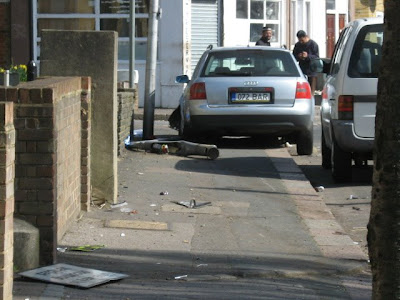 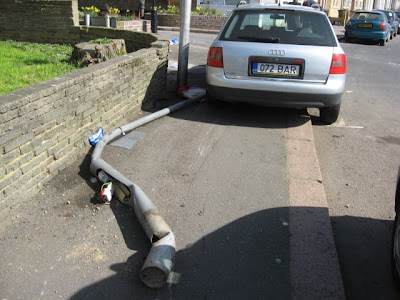 (Below) On the other side of the junction with Beulah Road is this damaged car, which was presumably hit from behind by the Audi. 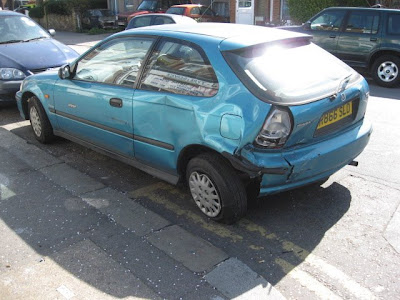 (Below) Above the crashed car is the blue London Cycle Network 'Walthamstow (quiet route)' sign for cyclists. 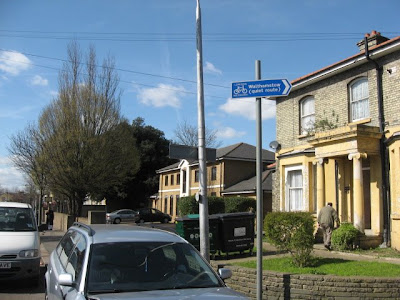 Posted by freewheeler at 13:35