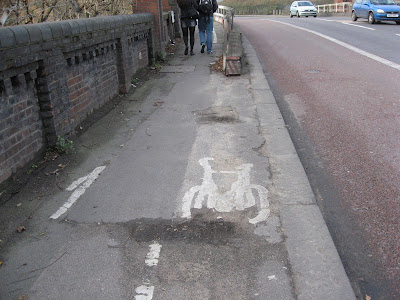 'Shared use' for pedestrians (on the left) and cyclists (on the right) on Forest Road E17. The markings have almost completely disappeared. And then there's total obstruction of the cycle lane. Another award-winning facility on the London Cycle Network!

Rejoice! Over an eight year period cycle counts taken by the London Borough of Waltham Forest “show overall an 83% increase in cycling”. (A statistic like this raises the question of what is being measured and how it should be interpreted – but I will leave these weighty matters for another day.)

On Forest Road – a major cycling route between Walthamstow and Tottenham – the figures show a rise from 183 cyclists 7 am – 7 pm (1998) to 399 (2002), down to 376 (2006). A surge in cycling, followed by a decline. One possible explanation (among many) is that having installed cycle facilities that won an award from the London Cycling Campaign, the Council then proceeded to neglect the maintenance of them.

As things stand, parts of the route are now in gross violation of the recommended TfL London Cycling design standards. For example the absolute minimum recommended for “Cycle lanes, cycle tracks and other cycle facilities” is 1.5m. And for “Widths of shared paths: The recommended width for a shared use path is 3.0m with a minimum width of 2.0m, plus an additional 0.5m for each side of the track that is bounded (e.g. by a wall, railings, fence or hedge).” (Source - TfL PDF format)

But the London Borough of Waltham Forest doesn’t bother adhering to trifles like design standards, national guidelines or even statutory legislation on public rights of way. Its contempt for them matches its indifference to the proper protection and maintenance of the cycling and walking environment. 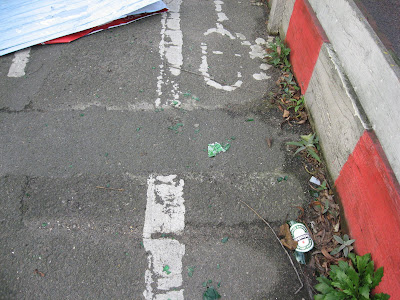 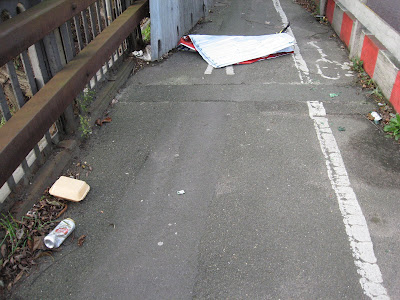 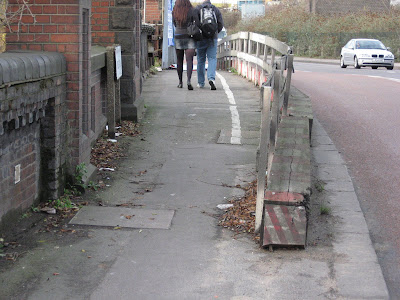 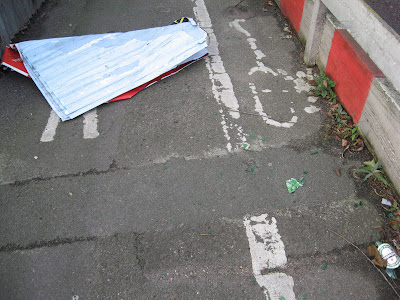 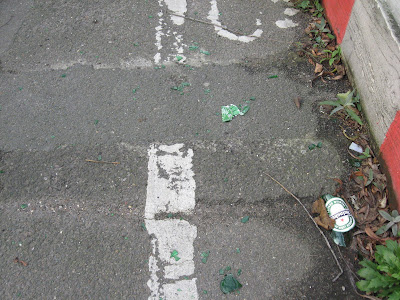 Posted by freewheeler at 07:02