Terror and violence in London 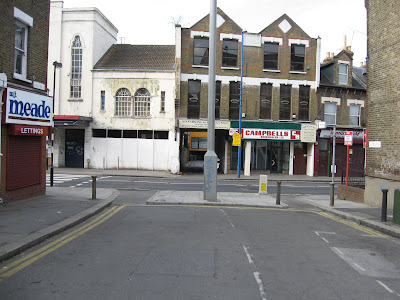 Have you seen anyone taking pictures of security arrangements such as CCTV? Has it made you suspicious? POLICE will launch an campaign appealing for public help in the fight against terrorism.

As it happens I photographed this CCTV stalk on Hoe Street only the other day. I expect to anyone watching it seemed a mysterious and maybe even suspicious thing to do. In fact all I was doing was photographing the gap where drivers regularly flout the road closure by using the cycle lane on the left to drive across the pavement, in order to dodge the queues at the traffic lights at the junction with Church Hill. Drivers are able to do this because this crap Council still hasn't replaced the plastic illuminated bollard which was formerly positioned half way between the CCTV stalk and the bollard on the left, even though it was reported over a year ago, and I blogged about it weeks ago.

One night last week I saw a 4X4 driver come along Hoe Street and swerve into Cairo Road here, very fast. It looked like something the driver does regularly. Had a cyclist been coming down Cairo Road and about to enter the cycle lane, the 4X4 would have hit her head on. A terrifying form of violence.

As for the police obsession with terror and their substantial indifference to driver crime: 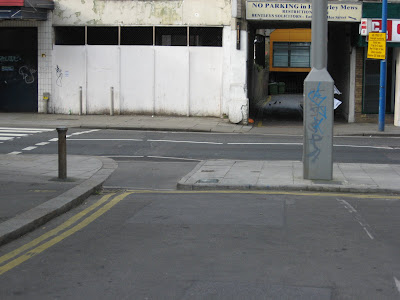