Although the A104 creates a barrier for east-west connections, there are cycle facilities at the Waterworks Corner and Greenman (sic) Roundabout gyratorys (sic) which pass under the road network.

Or to put it another way: because cycling and walking come last in all transport planning, cyclists and walkers are forced into seedy underpass systems so as not to inconvenience traffic flow. Sustrans does nothing at all about challenging this discrimination. On the contrary, it accommodates it.

Let me concentrate today on the Waterworks underpass system. This is a filthy, remote, vandalised and inconvenient series of routes in a location which is quite literally infested by rats, and where personal security is minimal. There is no CCTV and from time to time serious assaults occur here.

If you want to travel between Walthamstow and South Woodford, either on foot or on a bicycle, you are denied a crossing at the junction shown in the first photograph below. In order not to slow down traffic, pedestrians and cyclists are diverted into the squalid and circuitous Waterworks underpass systems.

The Sustrans North East Greenways document promises a brand new 'Greenway'. It will incorporate the Waterworks underpass system, run a cycle path across the open grassy area leading to Beacontree Avenue E17, thread through the quiet residential streets of Upper Walthamstow, cross Hale End Road (where the 20 mph limit is a total farce), go down MacDonald Road, cross Fulbourne Road, go down Victoria Road, then cut across behind the college and the Town Hall, emerging by Farnham Avenue. But who is going to use this Greenway, assuming it ever gets built? It is not a leisure cycling route, because at least half of it is on urban streets, and the off-road section is scarcely very idyllic. And since many cyclists prefer the most direct route, it will have no advantages at all over the Forest Road route, which will remain much, much quicker.

In short, Sustrans are evading the problems which afflict cyclists, instead substituting futile and cosmetic 'Greenways'. For better cycling between South Woodford and Walthamstow three simple things are needed. Firstly, a signalled crossing for pedestrians and cyclists at the junction of the A503 and A104. Secondly, speed cameras all the way along Forest Road where, in spite of an appalling record of collisions, drivers are still permitted to hurtle along at 40-50 mph in a dense residential area with a 30 mph speed limit. Thirdly, enforcement of Advanced Stop Lines for cyclists.

(Below) The lights turn to green, and traffic surges out of the A503 on to the A104. Here, there is no crossing of the A104 for cyclists or pedestrians. The 4X4 is king. 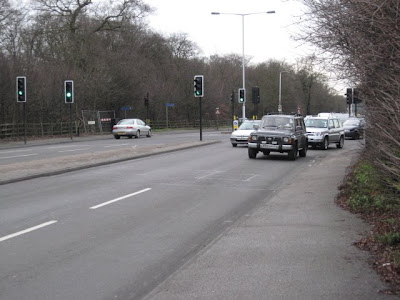 (Below) Welcome to a Sustrans-approved cycling and walking facility! 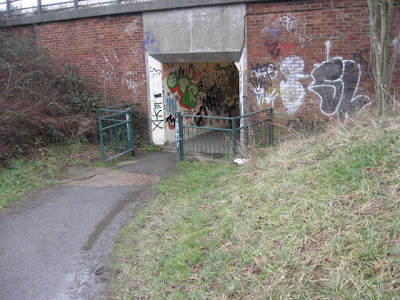 (Below) A smashed lighting panel, with accompanying graffiti. 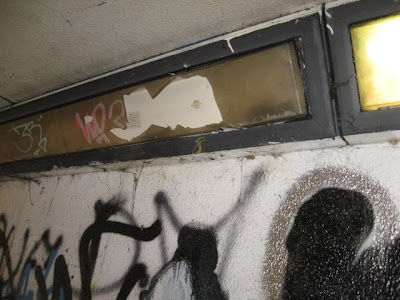 (Below) A fractured pathway with a tyre-wide crack. 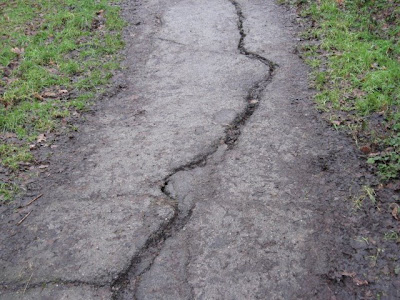 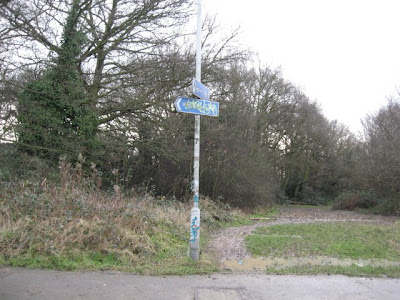 (below) Unsuitable for those of a nervous disposition... 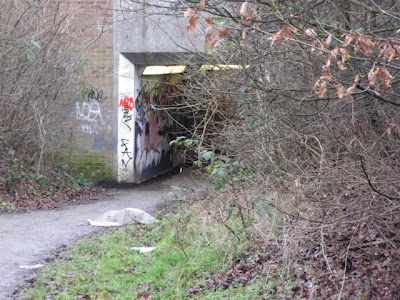