Some pics of yesterday's local Gaza protest. It seemed to be a predominantly Muslim protest, though I spotted banners representing the Liberal Democrats, Labour Against The War, the Green Party, the Socialist Party, lots of Stop the massacre placards, and a couple of women with a placard saying they were Jews opposed to Israel's assault. 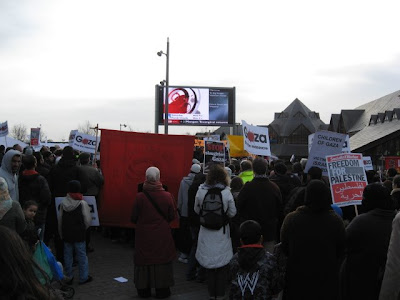 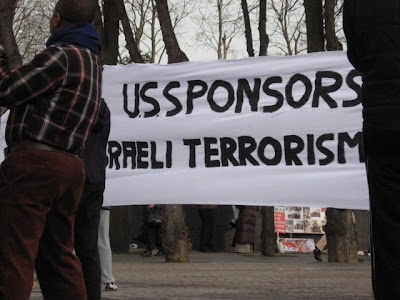 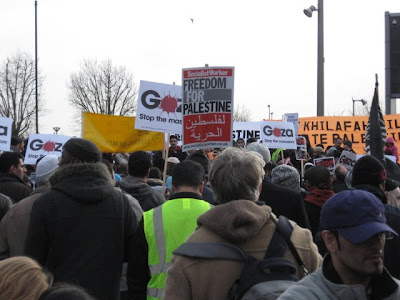 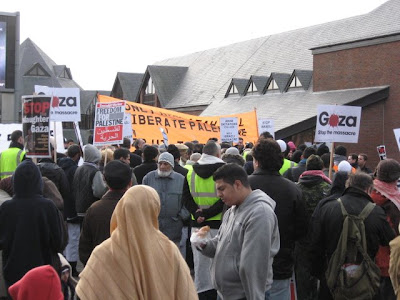 Not on the BBC news:

Ten minutes’ drive from the hospital we met a grieving mother, Um Izzedine, whose 13-year-old son had died while riding his bicycle in a nearby street. “This is not a war, this is genocide,” she said. More Israeli war crimes here, here, here and here.
Posted by freewheeler at 10:44