All these photographs were taken yesterday morning. 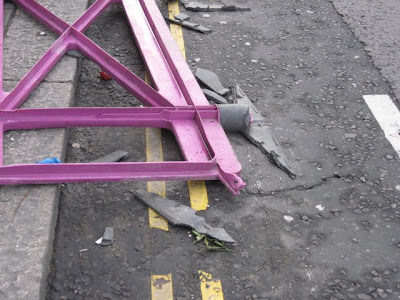 (Above and below) Cycle lane on the A112, junction with Church Hill E17. It's not clear who the contractors are who are responsible for leaving behind a section of plastic fence panelling. But this sort of crap is typical - as is the death-trap metal railing which a supposedly cycle-friendly council has installed here. Cycling in London - it's murder. 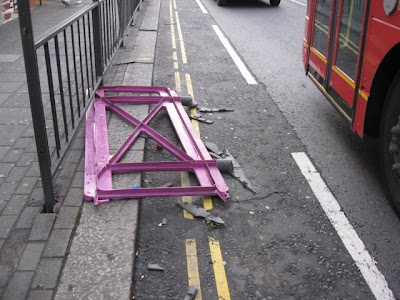 (Below) Enterprise were tasked with a spot of highway patching in a parking bay on the A503 alongside Homebase. Presumably it was working on behalf of the London Borough of Waltham Forest. As you can see from my snaps, there was no need at all for these idiots to block the cycle lane. But, hey, Enterprise Wins at the Highways Considerate Contractors Awards 2008! The council could put a stop to this kind of crap by refusing to subcontract work to clowns like Enterprise. Why not drop a line to our esteemed leader Councillor Clyde Loakes and ask him? 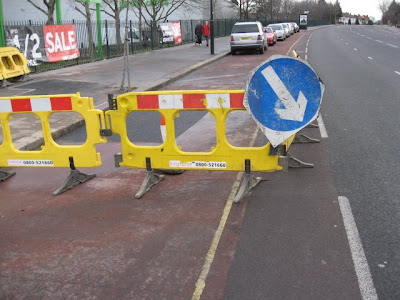 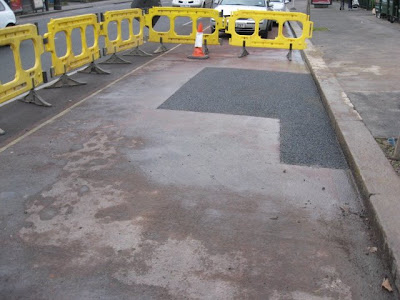 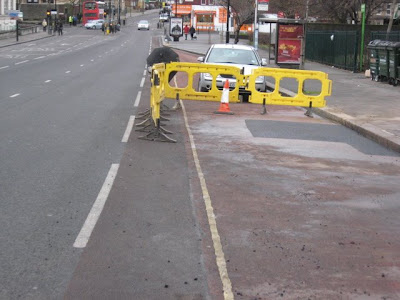 (Below) Murphy are still doing work for Thames Water on the reservoir site beside the A503. Their very visible site entrance cuts across a fairly wide pavement with minimal pedestrian flow. But these idiots still feel it necessary to block the cycle lane at a point where two lanes of vehicles exceeding the 30 mph speed limit are squeezed into a single lane. 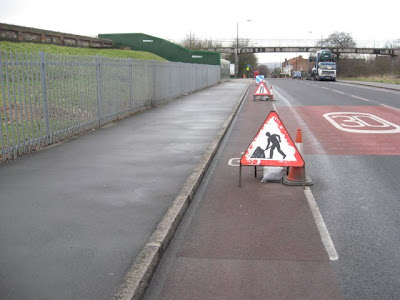 Posted by freewheeler at 08:50