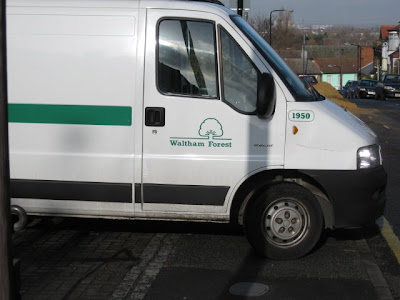 WE’RE WIPING OUT ENVIRO-CRIME, is the blaring headline in the new issue of wfm magazine.

The council announces that a top priority is

Eliminating enviro-crime by cracking down on offenders and cleaning up the borough.

This blog is happy to participate in this marvellous exercise and in the space of just 90 minutes yesterday morning the following enviro-crimes were caught on camera.

(Below) The entrance/exit to the cycle lane at the South Access Road/Argall Avenue road closure. A London Borough of Waltham Forest refuse lorry was parked across the KEEP CLEAR markings, the driver evidently having gone off for a cup of tea. 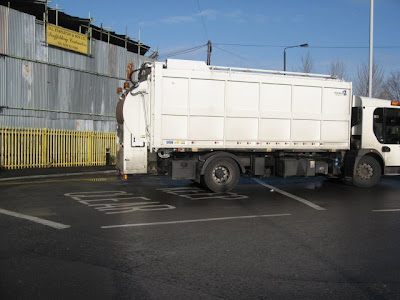 (Below, and first pic above) London Borough of Waltham Forest vehicle 1950, reg. LV06 FNC, unlawfully obstructing the pavement on Tower Hamlets Road E17 at 11.50 am. The driver was not with the vehicle. 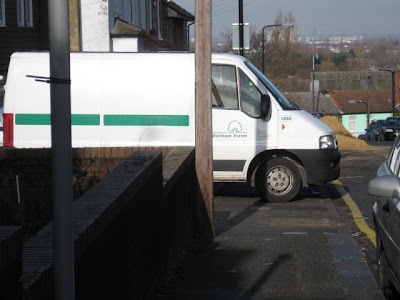 (Below) A Mr Big known only as "Kier" is believed to lie behind an organised campaign of littering on local cycle lanes, by cycle stands and on pavements. Orient Way. 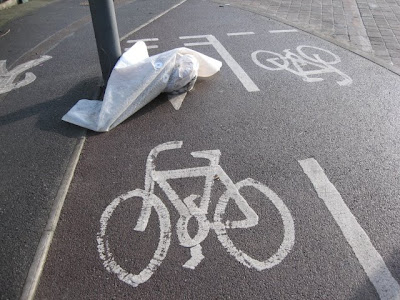 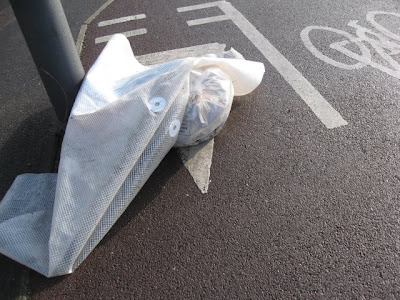 (Below) A poster campaign has disfigured much of the borough, with ugly bright yellow three-sided posters bearing statements-of-the-bleedin'-obvious such as SECURE YOUR VEHICLE and SAT NAV TOP TARGET FOR THIEVES. The one that reads THIEVES OPERATE IN THIS AREA has attracted particular admiration for giving a real boost to local house sales in a time of serious recession. 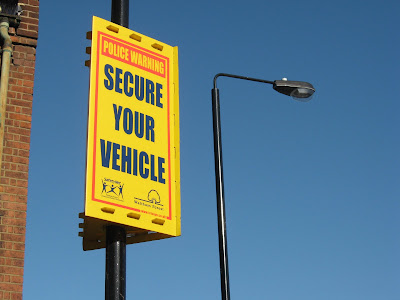 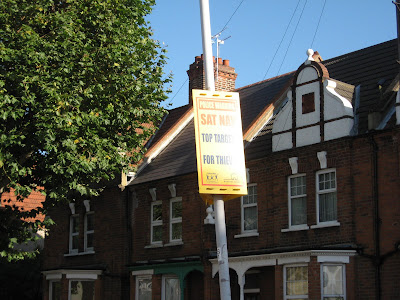 Posted by freewheeler at 08:18