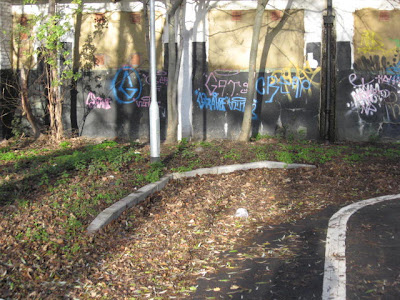 Cyclists must keep to the left of the white line.

Walthamstow Stadium (Greyhound): a route to the south of the stadium is already in place but also shows how important urban realm improvements can ensure use.

And how many cyclists actually use this route, between Empress Avenue E4 and Cavendish Road E4? Very few, I think, but nobody really knows because the Council doesn't measure cycling on any part of its so-called "quiet route to Chingford". However, it does measure cycling in the adjacent Crooked Billet Underpass, which this route connects to. It seems unlikely that anyone using the stadium route hasn't either emerged from the underpass or isn't going towards it. And these are the figures:

The underpass is suppressing cycling, not promoting it. And I strongly suspect the same is true of the stadium route, which appears to have very little use and is a lonely, out of the way place, which has in recent years been the site of at least one horrific rape, just as the underpass is the site of frequent muggings. Even if an off-road cycle lane looks picturesque in a Sustrans photograph, cyclists are not going to use it if they feel their personal security is at stake, or if the route is circuitous and diversionary for non-leisure cycling.

The stadium route has recently been refurbished but when I cycled along it a couple of weeks ago, it was coated in slippery rotting leaves. Not so much a Greenway as a brown sludge route. Maintenance of cycling facilities is a very, very low priority in this borough. 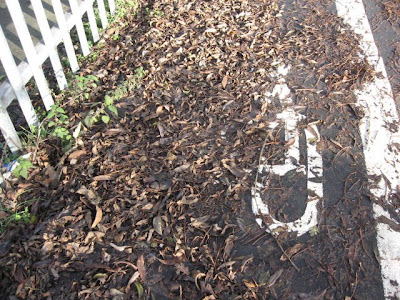 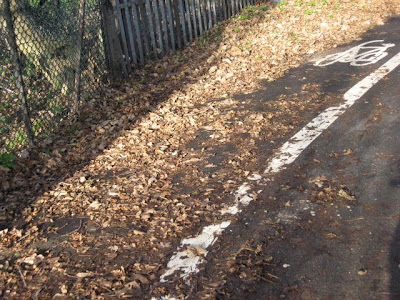 Sustrans' achievements, outside of self-promotion and marketing, are far less significant than they have led people to believe. For example most of the National Cycle Network is on existing roads that have been attractive cycling routes for the last 50 years or more. Yet having designated these as part of the NCN Sustrans seem to claim credit for their existence.

just another self-serving quangocracy intent on empire building at whatever cost to any principles it might once have had.

Change comes about when the status quo is effectively challenged. Sustrans is now a vested interest that is part of the contemporary status quo and is not an instrument for real change itself.

those who swan around in the higher echelons of government and in quangos like Cycling England and Sustrans are curiously detached from the grim realities that us ordinary cyclists have to contend with.
Posted by freewheeler at 06:33