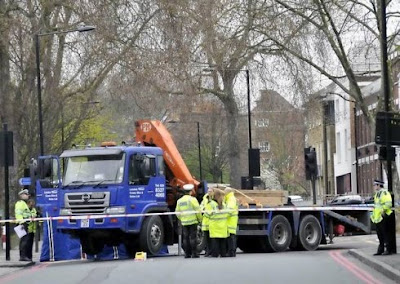 The lorry turned left at this junction. 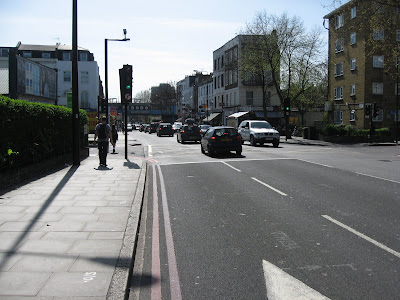 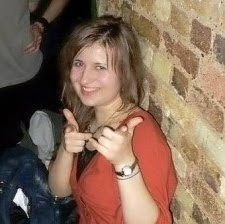 Her name was Paula Jurek.

A FRIEND of a student from London Met who was crushed to death by a lorry has written to Boris Johnson to urge him to take action to prevent more tragedies involving cyclists in London.

“Paula only got this bike recently. The real shocking thing was she was so excited about having this bike and then to be involved in an accident so suddenly. She was far from naïve and understood how busy London could be.”

Kulveer Ranger, the Mayor’s transport advisor, said: “I was extremely saddened to hear about Paula’s tragic accident and my thoughts are with her family and friends at this time. The police are currently investigating the circumstances around Paula’s accident and we will work closely with them to help in any way we can. I have asked Transport for London (TfL) to look in detail at the concerns which have been raised in this particular case to see if there are any improvements which could be made.”

‘If’? At a junction which has no crossing lights for pedestrians and no Advanced Stop Lines on Camden Road? Camden Road is a four-lane carriageway entirely devoted to the supremacy of car drivers and other motorized transport.

A little more detail has emerged about the collision:

Police said the lorry was turning left into St Pancras Way when it collided with the cyclist, who was on its nearside.

"Even a casual visit to the spot where Paula died makes it abundantly clear that the intersection could be safer. I would ask that, if nothing else, you immediately exercise the powers of your office to address these specific issues before any similar incidents are allowed to occur."

Mr Dean’s fears are echoed by other cyclists who regularly use the busy four-way yellow box junction close to Camden Road station.

Simon Stevens, 18, said: “This road is dangerous. There was something wrong with the traffic lights for awhile. I don’t like coming through here because you always get beeped by cars.” 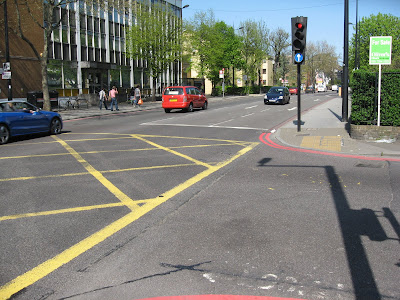 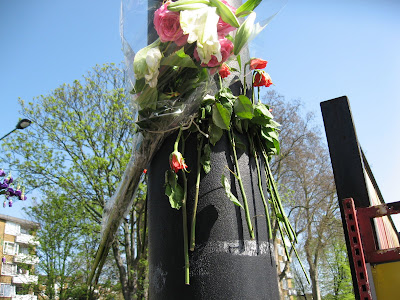 Maria da Assuncao Grijo, 73, a Streatham resident originally from Portugal, was waiting to cross the road when an MTS sewage truck turned from Streatham Vale in to Woodgate Drive, at 9.35am on Friday (April 8), trapping her underneath the back wheels, witnesses have said.

The driver of the lorry - a 55-year-old man - was arrested on suspicion of causing death by dangerous driving.

And this morning in Belfast a cyclist was killed by a lorry. 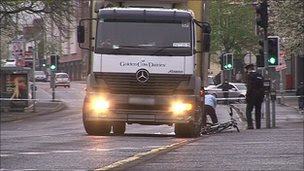 Posted by freewheeler at 14:11