cycling crime hotspot – can you help? 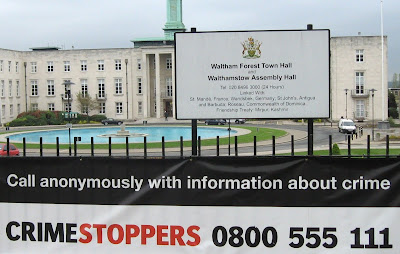 There is evidence of serious fraud at the Town Hall (no, I’m not referring to the vanishing poor fund, because as we know that was simply an error in the minutes).

At the beginning of the new millennium the Greenest council in Outer London made this grand commitment:

The aim of Waltham Forest Council policy is to meet the LAPC target of increasing the number of cycle trips from 2% to 10% by 2012.

The number of cycle trips in the borough currently stands at 0.8%, so if anything the council has achieved a reduction in cycling, not an increase. But not to worry – nobody talks about this kind of stuff. You just forget it and invent a new figure.

Meanwhile the officers responsible for marginalising cycling have done a very good job of rewarding their own car dependency. Council offices, incidentally, are concentrated in an area roughly four miles in length and two miles wide. Which is obviously far too great a distance to be cycled.
Posted by freewheeler at 12:30