Copenhagen Street offers all the thrills of vehicular cycling in London, i.e. vehicles being driven very close and bits of crap cycling infrastructure combined with street features designed to suppress cycling among normal people. Sadly there were no cyclists around for my photographs. The great London ‘cycling revolution’ must have been taking place somewhere else that day. 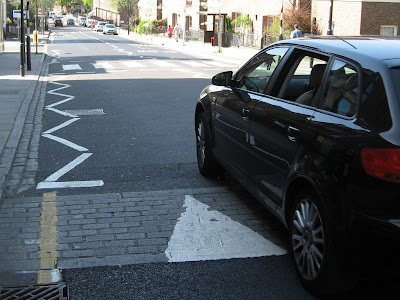 Copenhagen Street has that classic feature of British cycling infrastructure – a bike logo just before some parking bays which force cyclists out into the path of overtaking motor vehicles. Sadly a segregated cycle path is not possible here because as a top person in the Islington LCC branch has said, the streets are just too narrow. 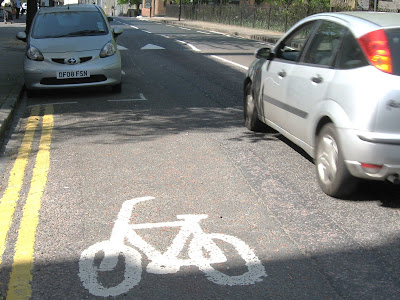 Copenhagen Street has advisory cycle lanes, narrow enough to provide the visceral thrill of someone racing past you very close. 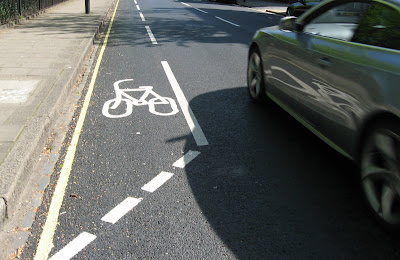 Copenhagen Street also has those wonderful cycle lanes that don’t work at weekends. Because obviously nobody in London cycles on Saturdays and Sundays. And it’s important to be able to have car parking on both sides of the street. Which is obviously too narrow for segregated cycle paths. The Mayor of Copenhagen got rid of on-street car parking but that's foreigners for you. The Mayor of London doesn't believe in that sort of thing. 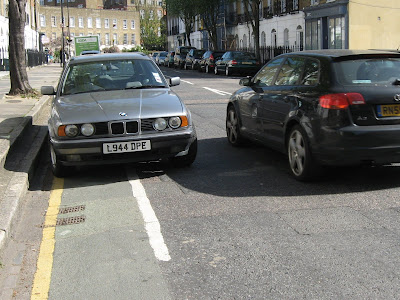 Lastly, Copenhagen Street has a number of stress-inducing pinch points. And once again you can see how it's far too narrow for segregated cycle paths. All you require is strong nerves. 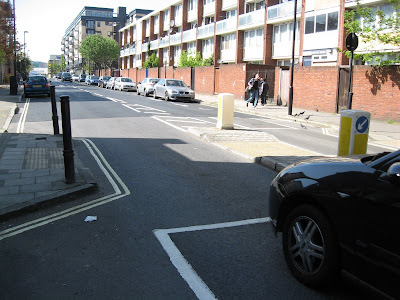 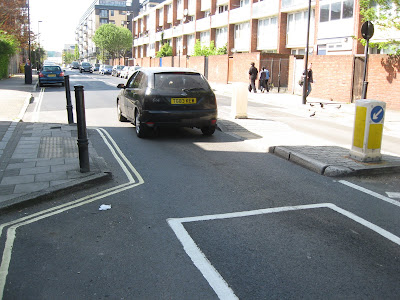 Posted by freewheeler at 11:39