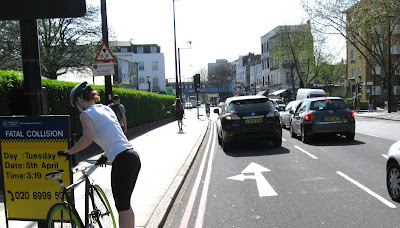 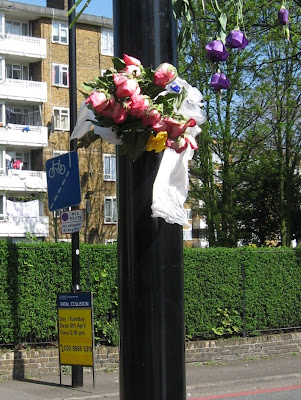 Camden Road (A503) southbound, at the junction with St Pancras Way. The lorry driver turned left here. There is no ASL for cyclists and the carriageway markings allow both a left turn or continuing straight ahead. 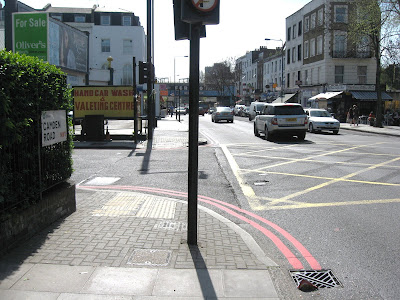 It is claimed that Camden Council has long been in negotiations with Transport for London (TfL) for improvements to this junction, which TfL has resisted. I find that quite plausible, since TfL to this day remains obsessed with traffic flow (‘traffic’ being exclusively defined as meaning motor vehicles) and puts it before the safety and convenience of pedestrians and cyclists – something which is now widely recognised by a number of cycling campaigners. Camden Road is a hellish major route for motor vehicles, two lanes in each direction, without even the most rudimentary vehicular cycling infrastructure. The sole priority is maintaining the volume, speed and flow of motor vehicles. As far as TfL is concerned, cyclists and pedestrians are an obstacle and an irrelevance.

The time has surely come to start applying some pressure to TfL with a cyclists’ protest outside the appropriate TfL office. A ten minute sit-down in the road outside, one weekday lunchtime? Bring the traffic to a halt. Get the media along. The message need not be a particularly contentious one, because surely everyone agrees that cyclists need to be treated as equals not inferiors. There's nothing wrong with sending an email but this kind of thing keeps dissatisfaction within a very narrow section of the cycling community. We need consciousness-raising publicity stunts as well as using the conventional channels. And those stunts are going to have come from the Critical Mass end of the London cycling spectrum, because they'll never come from the timid world of orthodox cycle campaigning.

(Below) Even for a car driver, this is a tight corner with vehicles swinging out towards the adjacent lane. 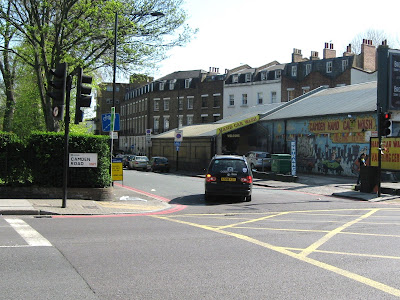 (Below) Pedestrians get no lights at three of the four arms of this junction. This requires them to hurry across  four lanes of traffic on Camden Road with no protection. 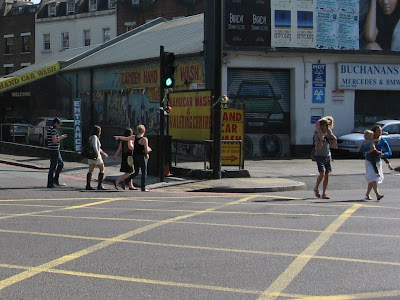 (Below) A male cyclist positions himself well beyond the white line and the lights, technically breaking the law but succeeding in making himself highly visible. I think there’s probably quite a lot of truth in the theory that women cyclists are more vulnerable than male cyclists because many tend to be both less assertive and more likely to obey the design and rules of a motor-based transport infrastructure. 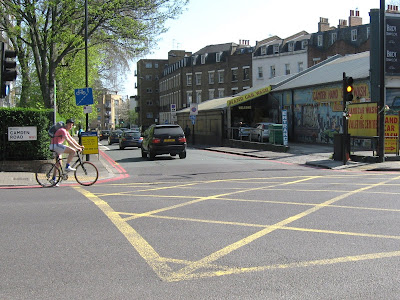 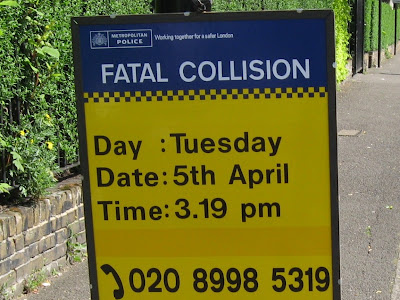