A View from the Games Lane 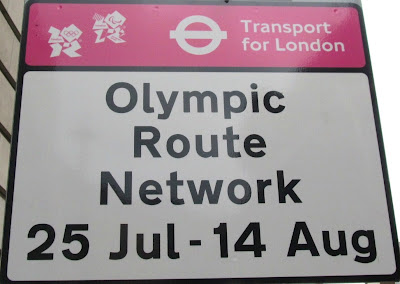 I admit it. I broke the law. I cycled in an official games lane, meriting a fine of £130. But as there was no one around to enforce the law I escaped punishment.

Another shocking example of a lawless cyclist, and another reason why cyclists should pay vehicle excise duty, be registered and be forced to display number plates, have compulsory insurance, and be made to wear helmets?

Ladies and gentlemen of the jury, it was the infrastructure that was to blame.

The games lane in question is on the westbound A106. This provides a direct route between Leyton and Hackney Wick. It’s basically a three-lane motorway and only hardcore commuter cyclists use this route. It is not a route for leisure or utility cycling. Where it isn’t the equivalent of an urban motorway, it’s a hellish gyratory (the gyratory component is formed of Alexandra Road and Ruckholt Road in Leyton, where cyclists can enjoy classic Waltham Forest crap door zone cycle lanes) and then further west Ruckholt Road morphs into Eastway. This is what happens when you cycle down Eastway towards Hackney. At first you are on a three lane urban freeway: 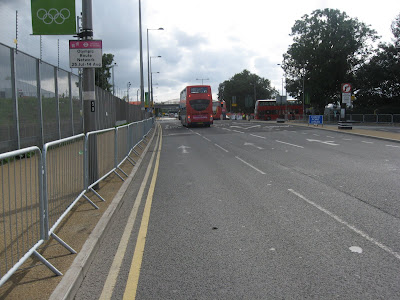 Then the slow lane turns into a left turn only lane. If you are continuing west towards Hackney you need to get into the middle lane. But the middle lane is an official Games Lane: 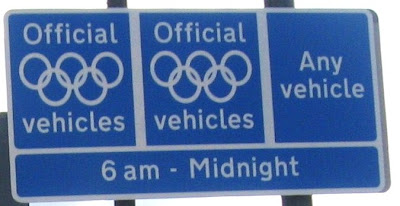 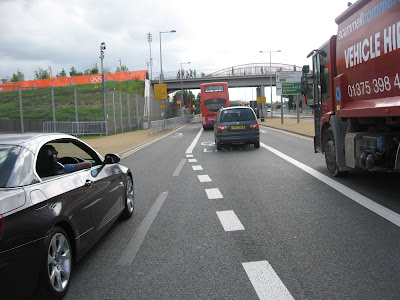 You are therefore expected to get into the fast lane. Which is a bit tricky when you are being overtaken by vehicles travelling at high speeds. Even the driver of the car in front of me found themself trapped in the Games Lane: 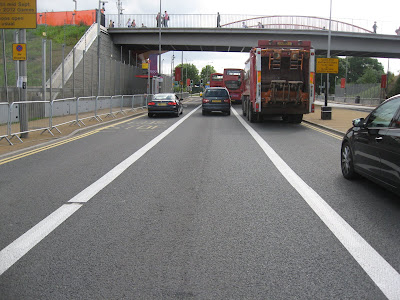 However, at the next junction, if the lights are at red, the ASL allows the cyclist to pull over into the fast lane. You can then “take the road” and obstruct a long line of motor vehicles by cycling ahead of them. The infrastructure requires you to do this as far as the junction with the A12 in the distance, where the latest London cycling fatality occurred. But not to worry, since London drivers are famously tolerant of being stuck behind a cyclist. 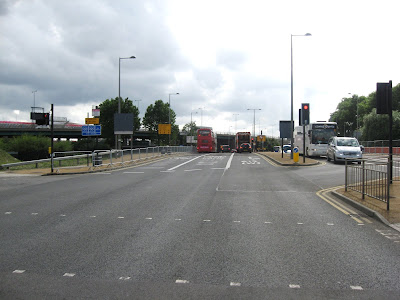 I didn’t see any other cyclists on my white knuckle ride down Eastway. This is a shame, since TfL’s new cycle promotion poster brilliantly captures the bucolic idyll of cycling in London. And it’s quite truthful, too, since the fast lane of the Eastway does indeed allow drivers to “Catch up with the bicycle”. Strangely, the cheery greetings of drivers behind you all begin with  the letter "f" yet the word they articulate isn't freedom. 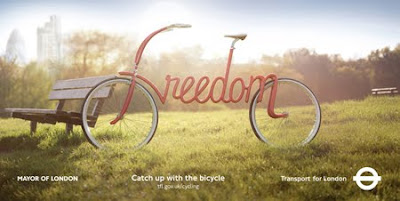 Posted by Freewheeler at 07:36