cycling in the enchanted Lea Valley


Here in the magical Lea Valley, on the borders of the London boroughs of Waltham Forest, Hackney and Newham, the CYCLISTS DISMOUNT signs are looking exceptionally lovely at this time of the year. 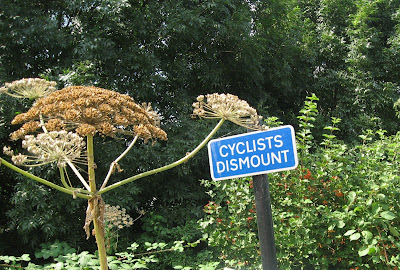 The cycle path which won the London Cycling Campaign’s coveted “Best new cycling facility” award for 2000 will take you right to the heart of the countryside. 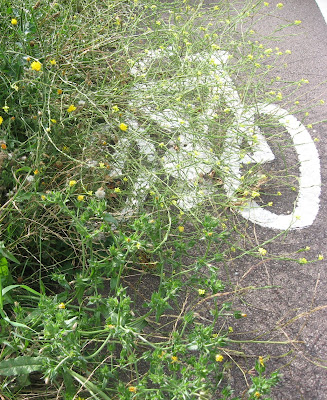 If you pedal to the end of Walthamstow’s historic Black Path you can see one of the local wonders – a sign to Hackney which has been pointing in the wrong direction for over four years! 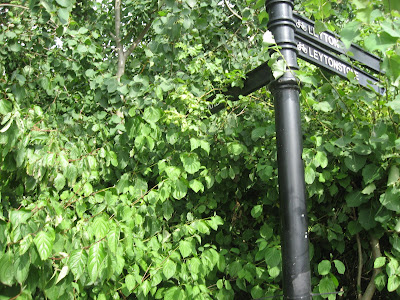 And while on the Black Path, if you ever need to park your bike in the heart of a desolate industrial estate, there are no less than ten bike stands. No one has ever seen a bike locked up here and there’s a prize of one year’s free subscription to legendary Waltham Forest News if you do! 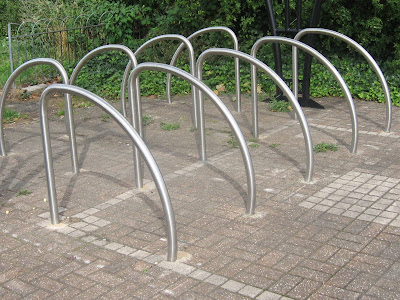 On the Hackney side of the River Lea you can explore local flora on this magnificent early example of “Going Dutch”, where a pink cycle track runs alongside a footpath. Thank you, cycling-friendly British Waterways! 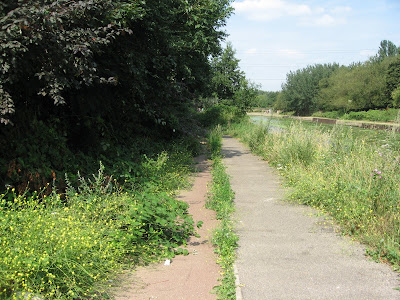 Marvel as the “Olympic legacy” takes shape by the refurbished Cow Bridge. It has traditionally been banned to motor vehicles but this brand new light-up sign bearing the word FULL suggests that soon a lovely car park will be built on Hackney Marshes, ending years of vicious discrimination against visitors who have previously been forced to walk or cycle to this lovely open space (where quite frankly there is room for thousands of cars). 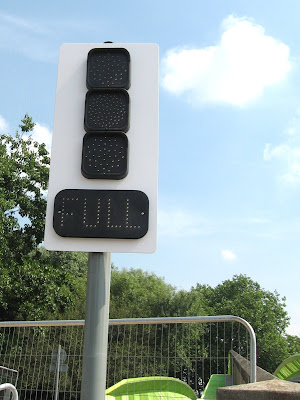 The Olympic Legacy for cyclists includes this magnificent Greenway, the official route to the Eton Manor Gate entrance to the Olympic Park. The surfacing has been specially adapted for London’s very popular “mountain bikes”. 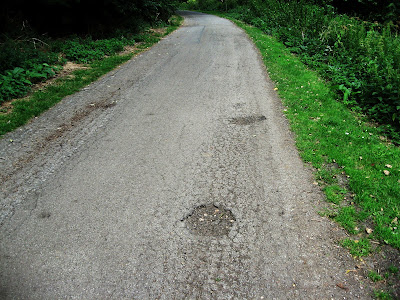 Marvel at this lighting column by the cycle path under Lea Bridge Road, which has been burning brightly in daylight for five years, while at the same time Waltham Forest Council regularly urges residents to save the planet by conserving electricity!

Why, it’s almost as if no one from the council ever cycles anywhere! 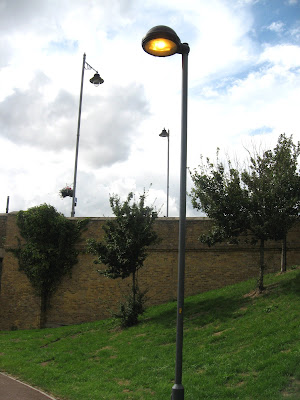 Posted by Freewheeler at 09:33