It’s D-Day in Walthamstow (not)


In 1996 a footpath was due to be built linking Walthamstow Central station with nearby Queens Road station. This was a condition of allowing the redevelopment of the site for housing. The developers built the housing then reneged on the footpath deal.

And now, sixteen years later, work is finally about to begin.

Definitely not, where this crap council is concerned. Because there is not the slightest sign of work having started on this link, which remains arbitrarily blocked off by fencing, flytipped crap, and a jungle of overgrown vegetation.

Photo taken on 9 August by the car park fencing, from the Queens Road station end of the link. 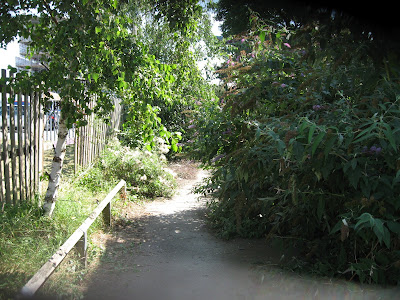 Dead end.
Posted by Freewheeler at 10:33