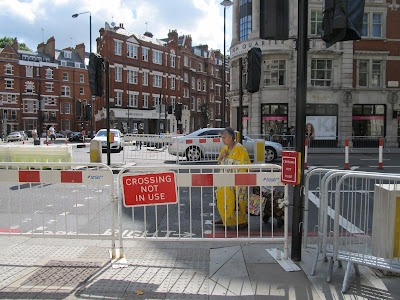 Scenes from the A4 (between Knightsbridge and South Kensington) yesterday.

As elsewhere in central London, many of the pedestrian crossings have been closed along the A4, so that “Games vehicles” won’t be delayed. Pedestrians are left to fend for themselves as they try and cross a four-lane speedway, like this woman (above) who has heroically made it across to the other side and is now searching for a way round the temporary barriers.

Yes, getting around London during the Paralympics will not just be extra difficult for the able-bodied pedestrian and cyclist but much, much more difficult for wheelchair users and others with a mobility handicap.


Vehicles are also prevented by temporary barriers from turning right from Fulham Road into Brompton Road. Naturally there is no dispensation for cyclists, but this cyclist (below) has managed to get to the other side of left-turning traffic and has reached the central island, where he waits for a gap in the traffic. Making simple journeys as difficult as possible for cyclists ensures they develop their own individual “permeability skills”. 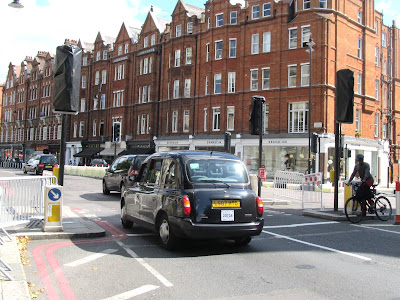 It was mid-day but only one bike had been hired from this row beside Brompton Oratory. 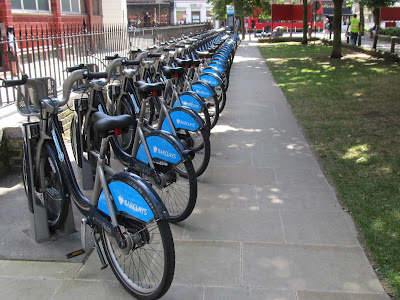 Surely people aren’t deterred from cycling on the A4?

Sadly, with its cramped footways and narrow carriageway (in places only four lanes wide separated by a generous strip of dashed white lines) the A4 is just too narrow for Dutch segregated cycle tracks. 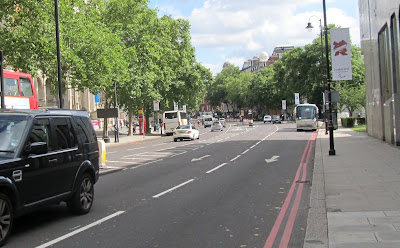 Just off the A4 are some wonderful quiet back street routes for novices. Yes “permeability” is the name of the game round here. Just follow the line of the Boris bikes and head for Ennismore Street and... 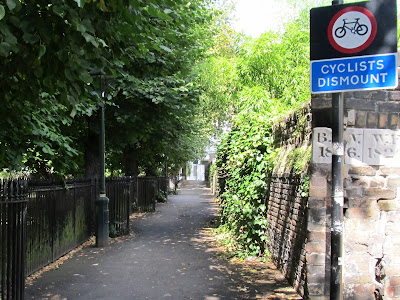 Posted by Freewheeler at 12:27