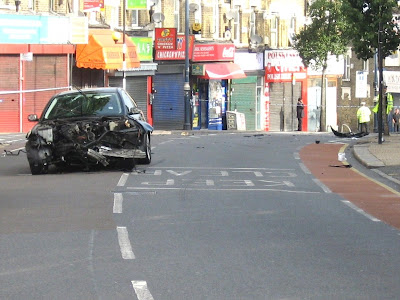 The crash occurred at 5.55 am today. It appears to have been a Single Vehicle Only collision involving a black BMW. The driver was travelling along Hoe Street (A112) and ‘lost control’ and slammed into a large lamp post outside the Rose and Crown pub, and then apparently careered off and came to a halt in the opposite lane. From the damage done to the lamp post my guess is that the driver was travelling south, towards Walthamstow Central.

I don’t know if anyone was injured or killed.

Hoe Street is currently closed between the junctions with Hatherley Road and Jewel Road. This is having a serious effect on local businesses behind the police cordons and one shop owner complained to me about being unable to open his premises.

According to the Waltham Forest Guardian a 27-year-old man was taken to Royal London Hospital, Whitechapel, with what are believed to be serious injuries. 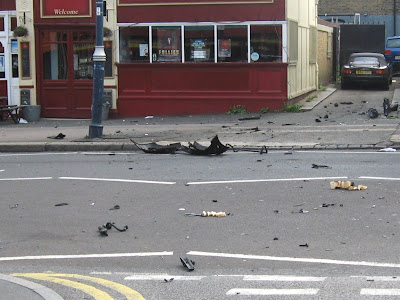 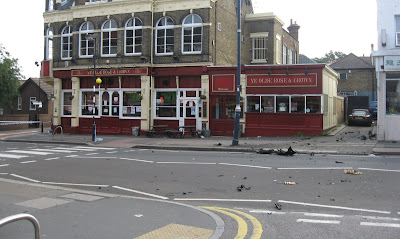 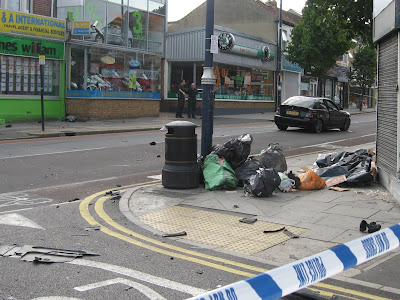 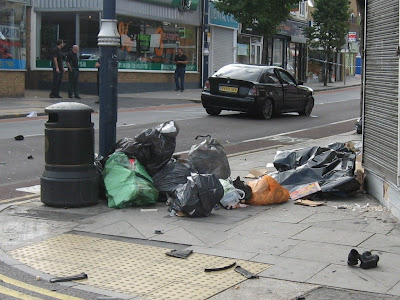