The Olympic Park: just fancy that!

The Mayor's sports commissioner Kate Hoey said it was unlikely that East End boroughs would enjoy the access to the Olympic Park after the Games that was originally intended.

She said there was little chance park facilities would be used by the community — as opposed to privately — 90 per cent of the time. The target was set by the London Development Agency to justify council tax payers' investment.

Failure to meet the target would be bound to anger the five Olympic boroughs — Newham, Waltham Forest, Greenwich, Hackney and Tower Hamlets — which have been promised that local groups will have low-cost access to the main venues such as the pool complex, main stadium and cycling.

Meanwhile here are two pictures of the Olympic Park and the current condition of the riverside path just outside the site. Can you possibly spot the difference? 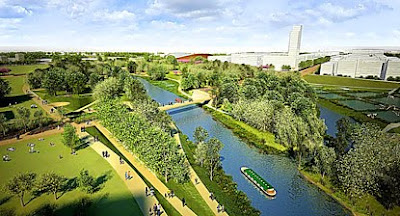 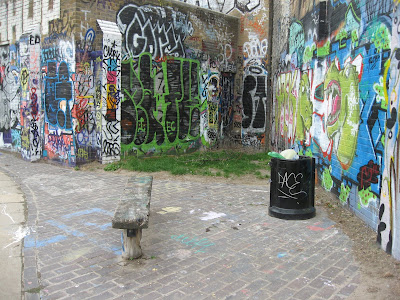