It’s the anniversary of the National Cycle Network! 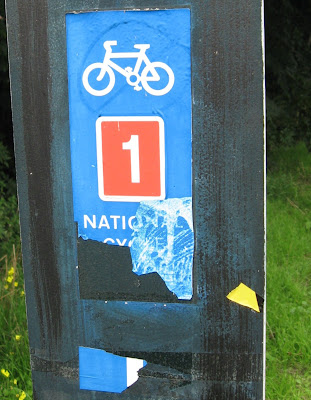 It’s the fifteenth anniversary of the National Cycle Network tomorrow – a network which is synonymous with the very best in British cycling infrastructure.

Yes, back in the glorious dawn of the great cycling revolution (the cycling revolution that fizzled out as cycling in Britain went precisely nowhere), Sustrans was the first charity to receive funding from the newly-created National Lottery.

Waltham Forest is blessed to be included in this frabjous network. Here are some pics. As you head north in the Lea Valley you come to one of the Network’s 2,000 bridges – this one bearing that ever popular sign CYCLISTS DISMOUNT. 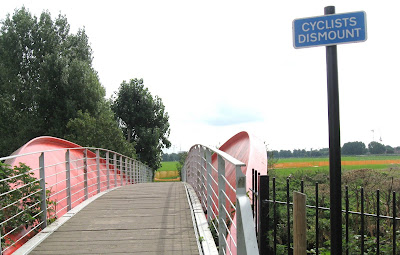 Continue on across the bridge heading north, and a couple of hundred metres further on you come to this. Just in case you mistakenly think you are entering a zone of post-industrial apocalyptic desolation populated by flesh-eating zombies, a small sign on a pole offers the reassurance that, yes, you are still on National Cycle Network One. 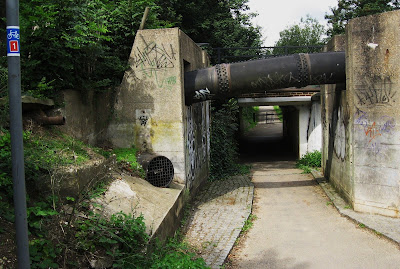 Five lighting panels, none of them working. 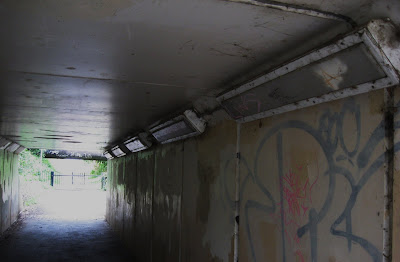 Special gates have been introduced to prevent access for cyclists who might pick up some funny ideas from abroad about recumbent bikes. 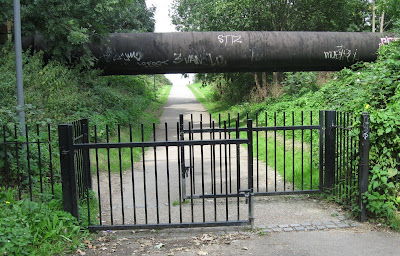 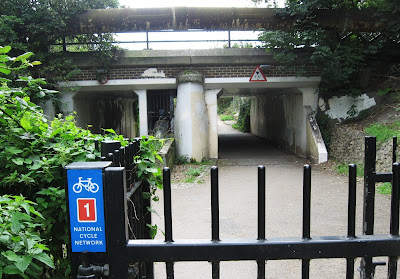 Cyclists are notorious for ‘falling asleep at the handlebars’ so this succession of brick ‘wake up’ strips placed at two metre intervals supply a much-needed jolt to bicycles passing over them. Yes, the National Cycle Network thinks of everything, so unscrew the cap of that £2.99 bottle of Lidl wine and begin the celebrations. 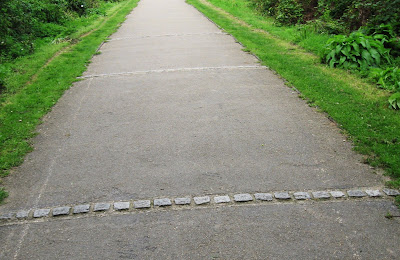