‘walking and cycling can make places safer and more interesting’ 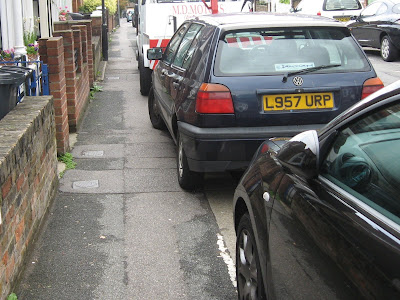 More active modes of transport such as walking and cycling can improve our health and compared to driving does [sic] not emit any carbon emissions. More people walking and cycling also means more activity on streets and in public places. This can make places safer and more interesting as well as increasing footfall in shopping areas. Conversely driving contributes to increased carbon emissions while traffic congestion often negatively impacts a person's enjoyment of a place.

And there’s nowhere more traffic congested than the pavements of Browns Road E17, where footway parking was recently extended on the east side between Richards Place and Hoe Street and where the footway parking bay at the Hoe Street end leaves footway space that falls below the minimum national guidelines for disabled access. Along most of this street the footway is only 1.5 metres wide, but as far as the car-centric transport planners and councillors of Waltham Forest are concerned, that's fine for converting to a car park.

When there’s a difficult choice to be made between the driver, the pedestrian, the wheelchair user and the cyclist, the driver always comes first. Which is why in the London Borough of Waltham Forest there are lots of pavements and cycle lanes where you can quite legally park as many vehicles as you want to. On some roads you can even legally park across a dropped kerb.

But Browns Road isn’t just hostile to walking and health, it’s also hostile to cycling, because it's no fun cycling down a one-way street lined on both sides with parked cars when you have an impatient boy racer or white van man behind you, itching to get past.

And for good measure on Browns Road there’s a street light which has been blazing away in the daytime for months. So much for the gargantuan hypocrisy of a supposedly ‘Green’ council which piously advises residents to Turn off lights when they aren’t in use 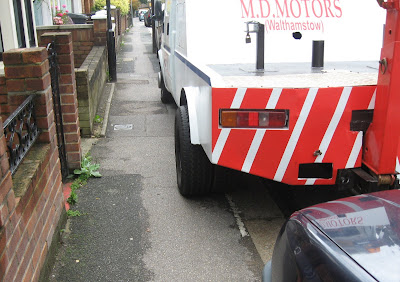 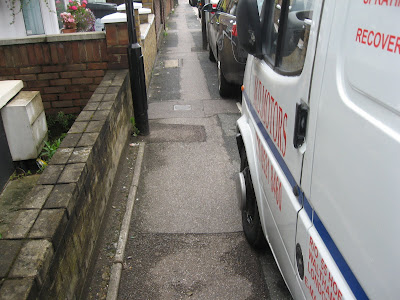 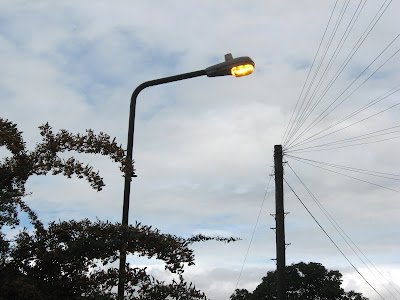