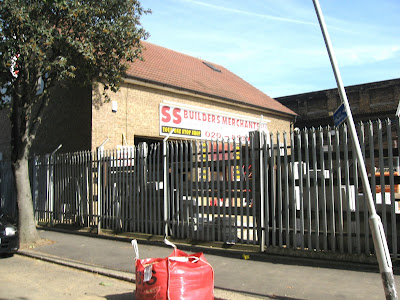 A WOMAN was seriously injured when she was hit by a truck.

She was walking in Bickley Road, Leyton, when the vehicle smashed into her at around 4.30pm.

There are no obvious signs of what happened on Bickley Road. There is a lighting column which has obviously been struck by a vehicle and which is leaning at a crazy angle (with one of those sweet little blue ‘quiet route for cyclists’ signs attached) but as this is at the entrance to a business where lorries come in and out, this damage is probably old. Obviously it poses a danger to pedestrians (it might one day fall down and hit someone) but as nobody in the council ever walks anywhere to notice such things, grievously injured street furniture isn't exactly rare in the borough.

By a curious coincidence the firm based on this street is one which employs lorry drivers who deliberately mount the kerb and drive along the pavement in a reckless and unlawful way, so let’s hope the unidentified ‘truck’ which struck the pedestrian wasn’t this one.

Incidentally, the Walthamstow branch of SS Builders overtly breaks the Highways Act, 1980, sections 137 and Section 149. But not to worry – this lawless business is protected both by a council and a police force which are both institutionally hostile to walking and complicit in law-breaking and anti-social behaviour.

As for the walking environment in Bickley Road. This is what it was like yesterday. 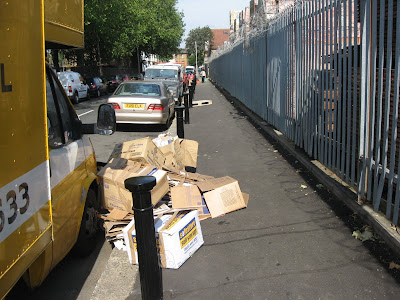 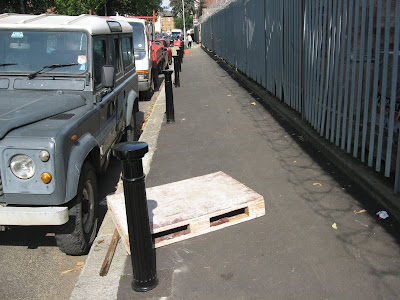 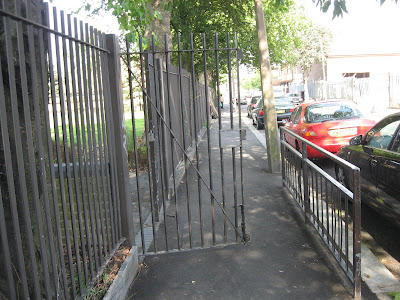 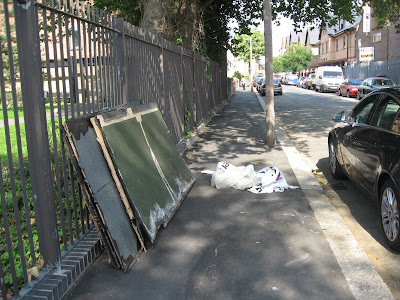 Posted by freewheeler at 09:26