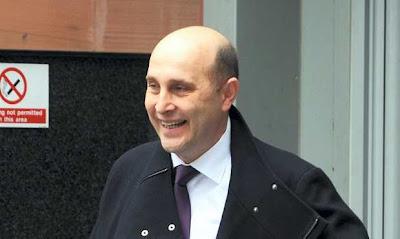 A road rage driver who throttled a cyclist in rush-hour traffic was snared by a video camera on the victim's helmet.

Fuming Michael Stewart, 47, jumped out of his black BMW and grabbed the biker - unaware he was being filmed.

Stewart - of Daven Road, Congleton - pleaded guilty to common assault and driving without due care and attention.

Stewart was ordered to pay a £200 fine and £200 court costs. His licence was endorsed with five penalty points.

He was also given a six-week community order with a four-week evening curfew.
Posted by Freewheeler at 17:29