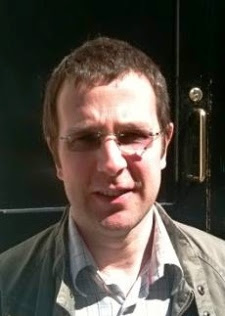 The news has been released today that the cyclist hit last week by a tipper lorry which did not stop, died in hospital on Saturday.

It turns out that he was from the London Borough of Waltham Forest:

Paul McGreal, 44, of St John’s Road, Walthamstow was cycling in Pritchards Road, Haggerston, when he was in collision with a tipper lorry at the junction with Hackney Road at 8.30am on June 21.

He was taken to hospital in a critical condition and died on Saturday (June 25).

The yellow lorry did not stop at the scene but was traced later the same day.

The driver, a man in his 50s, was arrested on suspicion of causing death by dangerous driving.

was thought to be on his way to the London Metropolitan University where he worked as a graphic designer.

He had suffered severe leg and pelvic injuries and died at the Royal London Hospital on Saturday.

An inquest is expected to be opened tomorrow.

It is believed he leaves behind a partner and toddler.
Posted by Freewheeler at 17:32