Scenes from a traffic-smoothed London 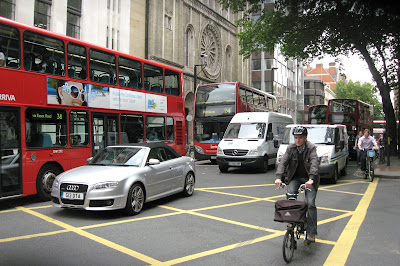 Three lanes of motor vehicles, with the gutter for cyclists. Bloomsbury Street. Yes, who can doubt that cycling’s time has come?

All these pics from central London were taken today.

(Below) This happens all over central London. Backed-up vehicles and impatient drivers reduce pedestrian crossings to single file. Yet no one ever talks about it. And Transport for London doesn't give a toss about pedestrians, doesn't even acknowledge there's a problem. Because car-centric Transport for London created this uncivilised condition. High Holborn. 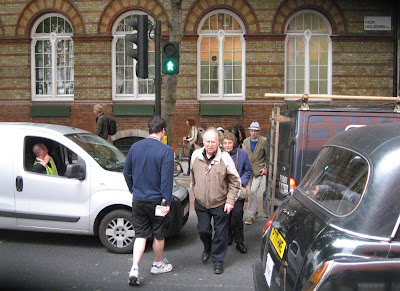 (Below) The crossing point for pedestrians is blocked by three lanes of backed-up vehicles. The yellow-hatching stops short of the pedestrian crossing because obviously it's only the free-flow of motor vehicles that matters. Princes Circus. 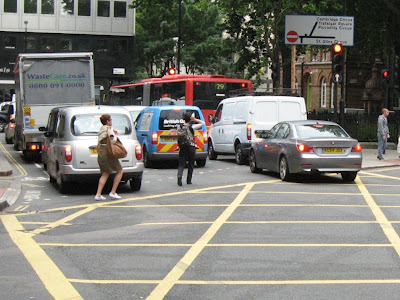 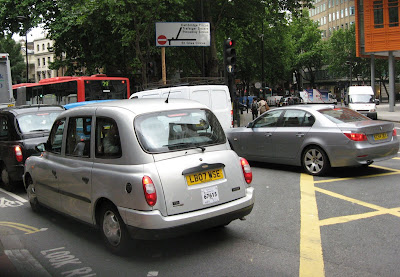 (Below) This powered two-wheeler 'L' driver has grasped one of the first principles of London's roads. It's okay to jump red lights and go across when it's green for pedestrians. No one will mind, especially not the police. Great Russell Street. 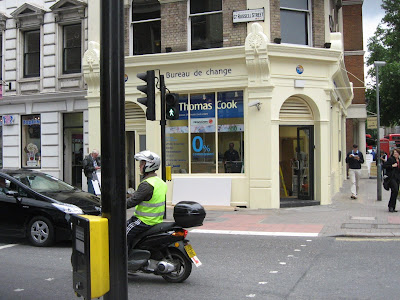 (Below) For pedestrians it's green for go, so cross here. You have two and a half seconds to reach the other side before Boris Johnson switches the light back to red. Tavistock Square. 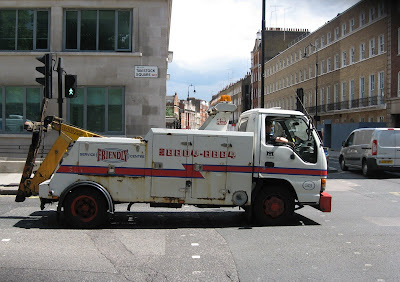 (Below) This powered two-wheeler remained stationary on the zebra crossing for two minutes. I was interested to see that he had a map on a lectern attached to his handlebars. That means he's a trainee learning 'the knowledge' which will enable him to become a black cab driver, and add one more vehicle to the streets of central London. Byng Place. And if you enlarge the pic above showing the powered two-wheeler jumping the lights on Great Russell Street you'll see he's also learning 'the knowledge' and also has a map attached to his handlebars. 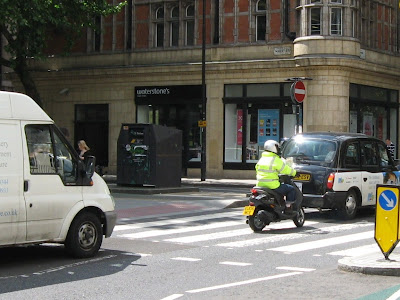 Posted by Freewheeler at 17:48