The Age of Stupid

The world is now firmly on course for the worst-case scenario in terms of climate change, with average global temperatures rising by up to 6C by the end of the century, leading scientists said yesterday. Such a rise – which would be much higher nearer the poles – would have cataclysmic and irreversible consequences for the Earth, making large parts of the planet uninhabitable and threatening the basis of human civilisation.

Nah, that can’t be true, because if it was Ministers would surely be riding around on bicycles.

The 93 ministerial cars provided to ferry around the Prime Minister’s team cost £67,500 each. It brings the total bill for the past four years to nearly £24 million for vehicles and drivers.

Yesterday I counted 14 lighting columns burning brightly in the middle of the day. The M11 Link Road, Leytonstone, just before the Green Man junction. Although in this instance the finger of blame must be pointed not at the local Council but at the Highways Agency. 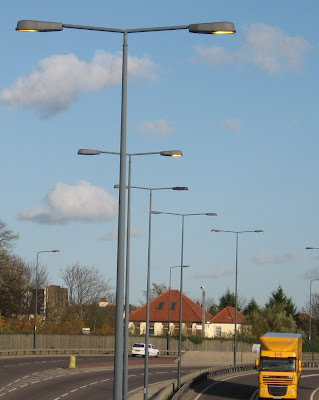