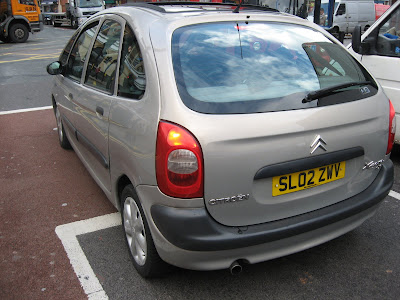 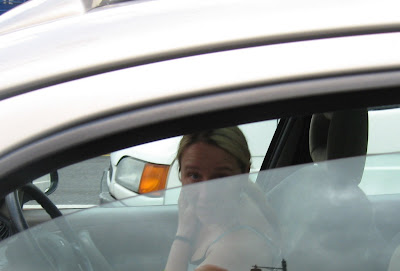 Advanced stop lines (ASLs), or bike boxes, allow you to stop in front of other traffic at traffic lights.

Motorists are required to stop at the solid white line at the rear of this box. Not all motorists obey this regulation. If a motorist does stop on the box, pull up alongside the stationary vehicle and try to make eye contact with the driver.

Because the window was partly down I was able to offer a polite, succinct explanation of the meaning of Advanced Stop Lines, to this driver who entered the ASL at red. (I think she may also have been using a handheld mobile phone, though I can't be entirely certain.)

I am sorry to say her response was unsympathetic and personally uncomplimentary. Which is a shame. If only she’d said ‘Yikes! I never realised a big pink rectangle with a white bicycle logo inside it meant it was for cyclists, not motorists! I’ll take care not to intrude again.’ And then I could have said ‘That’s alright, ma’am. Happy to have been of assistance! Have a nice day!’ And we’d have parted the best of friends and I could have deleted these pics.

Instead of which she’s on this blog as just another example of the smug, lawless, anti-social yob London driver, who enjoys the tacit protection of this highly dangerous and prejudiced enemy of the vulnerable road user.
Posted by freewheeler at 08:53