Why I didn’t shop at Chingford Sainsbury’s 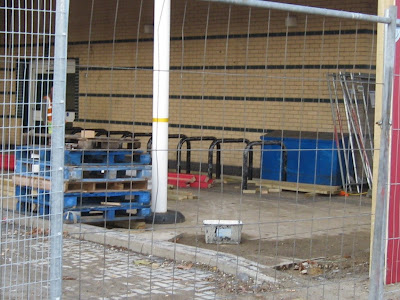 Among other things I'm on a desperate hunt for celery soup, which is an increasingly rare commodity in this part of East London. But all the lovely lolly I might have spent there I didn't (you'd be surprised how much alcohol I can pack on my bike - it's one reason I keep having to have my spokes replaced).

The reason? All the cycle stands had been blocked off. There's some sort of construction work going on along the edge of the car park. It was perfectly obvious that there was no need to block off the cycle stands, as that area was just being used for storage of building materials. But it was obviously done without a moment's thought on the part of either Sainsbury's management or the contractors working at the site. Because everybody knows that cycling and cyclists aren't important. Get a life - get a car.

So I took my money elsewhere.