The closure of cycling access on a Grove Road chicane 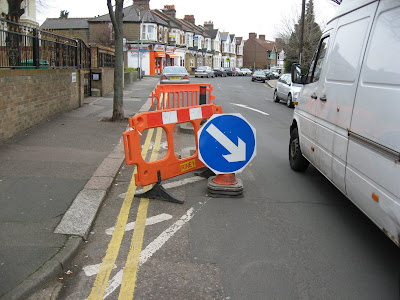 Grove Road E17 is a popular rat run between the A104 and the A112. This rat run slices through a residential area. Grove Road is supposed to have a 20 mph speed limit but drivers ignore it with impunity. There is some inadequate traffic calming, mostly in the form of small rubber speed cushions which are ineffectual at reducing vehicle speeds and also encourage drivers to swerve into the opposite carriageway in an attempt to pass over them without touching them with their wheels. This is unnerving when you are on a bicycle and an approaching driver does this - and it happens a lot.

In a borough which was serious about reducing car dependency (which Waltham Forest Council most emphatically isn’t) Grove Road would be closed off at strategic points and this entire residential area would be made impermeable except to someone going to or from a destination inside it. You know, like the Dutch do it. Rat running would terminated. But of course that would funnel drivers back on to main roads and cause them inconvenience and might even create that ultimate horror, congestion.

So why is this chicane between Eden Road and Beulah Road currently blocked off to cyclists? I deduce that it’s because a speeding driver has ‘lost control’ and demolished the sign on the chicane telling drivers to give way to oncoming traffic. I’ve come across spectacular evidence of this in the past at this particular chicane.

The Council’s favoured contractors, JS Riney, have chosen to deal with this situation by putting up a temporary sign and blocking off the cycle access. 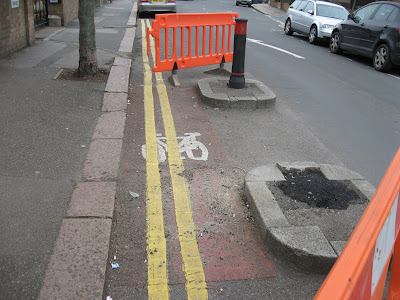 The closure of the cycle access was clearly quite unnecessary but then Riney are slovenly car-centric contractors who patently have no code of conduct regarding cyclists and pedestrians and who are clearly under no executive control at all by the Council.

Riney workers thoughtlessly obstruct the footway with signs for drivers and leave their plastic fencing scattered around all over the borough, including leaving it stuffed behind cycle stands.

(Below) Leaving just half a metre for pedestrians on St James's Street, E17 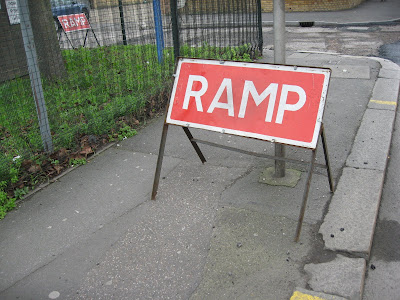 (Below) corner of Walthamstow High Street and Pretoria Avenue 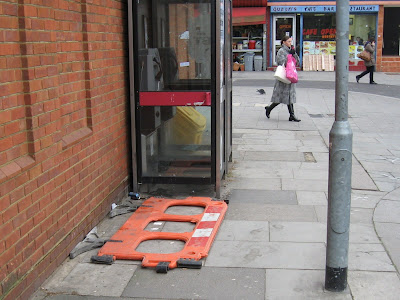 Posted by freewheeler at 13:29